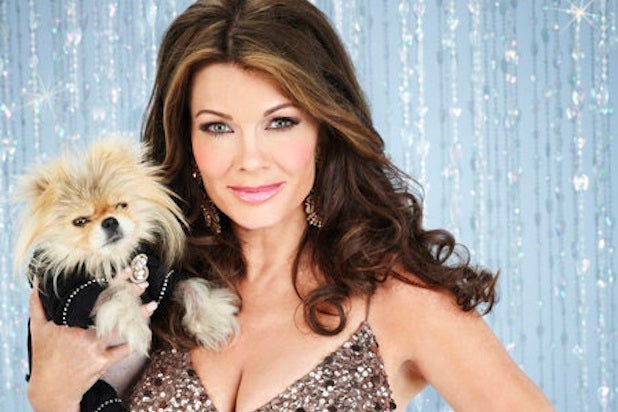 The current season of Bravo’s “Real Housewives of Beverly Hills” may not have been the most pleasant for Lisa Vanderpump, but she’s sticking around.

Reports that she quit the series after shooting the fourth season in which her relationships with many of the other women on the cast went south, including her friendship with castmate Brandi Glanville, are false said the restauranteur.

Bravo hasn’t been shy about sharing previews of the season that show Glanville accusing her former bestie of being manipulative. Apparently, things boiled over when the cast took a trip to Puerto Rico together.

“If I quit, you will hear the words right out of my mouth or I have been fired,” the 53-year-old said. “This story is just about as true as any other story these websites write.”

It isn’t the first time Vanderpump has been accused of manipulation behind the scenes. In a previous season, former castmember Adrienne Maloof accused Vanderpump of selling a story to Radaronline, one of the sites that’s currently reporting that Vanderpump told producers she’s leaving the show.

Vanderpump has good reasons for keeping her relationship with Bravo intact. She also stars in the spinoff, “Vanderpump Rules,” which follows the shenanigans of the young and hot-tempered staff at her Beverly Hills restaurant and lounge, Sur.

An original castmember since the show premiered in 2010, she has outlasted several women over its four seasons, including Maloof, Camille Grammer and Taylor Armstrong.