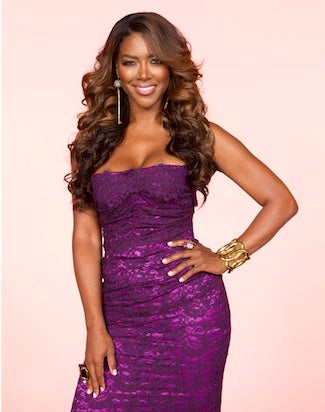 NeNe Leakes has had some of the most epic fights on Bravo’s “The Real Housewives of Atlanta.”

And the show’s original castmember and former “New Normal” star is still standing while her enemies are no longer on the show. But, Kenya Moore isn’t minding Leakes’ perfect knockout record.

“I’m not afraid of the Big Bad Wolf,” Moore, 42, told TheWrap of Leakes’ record. “That is an urban legend.”

On last week’s Season 6 premiere, Moore went toe-to-toe with the show’s Grande Dame and even grabbed Leakes’ ear during the conflict. That had the fans and “Real Housewives” bloggers buzzing.

“It’s like, look, if we’re going to be friends we have to deal with each other on an honest level,” 1993’s Miss USA explained. “This is what bothers me. I’m going to be vocal about it. My desire is that we move past it and we don’t have to deal with that issue again. It’s not to take on someone. I’m a woman. I speak my mind. I’m an honest person and I’m speaking to who I think is my friend and I think has mutual respect for me.”

TheWrap: You really took over the headlines after last week’s premiere for taking on NeNe.
Kenya Moore: I don’t consider myself taking on the girls. I’m just being me and things happen. Sometimes, I need answers so I don’t stop until I get the answers that I’m looking for.

Why did you feel the need to call out NeNe and the other women for not checking in on you during the whole eviction stuff you were going through?
I’m friendly with most of the girls. I don’t speak to maybe two of them, but the others I do. We text back and forth. I’ve seen NeNe off-season half a dozen times. We definitely didn’t communicate every day but we communicated.

Anything that I read, like I read Kandi [Burruss] had a hospital scare, I reached out to Kandi to see if she’s OK, because you just never know. The news may have some truth in them. I just don’t ever want to take that chance with people I care about. I just want to hear it from them. So, I just have a different approach and I’m a different friend to those women than they are to me.

But, every time we’re speaking about where we are, NeNe challenges that I’m her friend. It’s kind of duplicitous and transparent to me what her agenda is.

You brought up the point that NeNe invited Walter to her wedding, but didn’t invite Porsha Stewart’s ex-husband Kordell.
She didn’t invite Kordell. They shot the wedding in June and we heard about the divorce in March. So, my point was valid. If you knew they didn’t have great relations and your primary friend is me or Porsha, then don’t invite someone that you know is not in good standing with us.

“The Real Housewives of Atlanta” airs Sundays at 8/7c on Bravo.

Watch a preview from the next episode below: