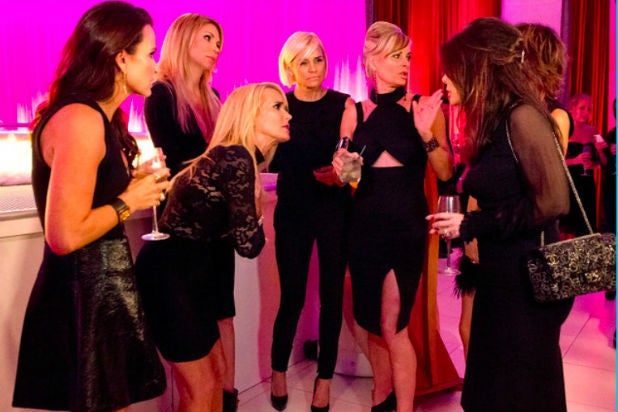 The stars of Bravo reality series “Real Housewives of Beverly Hills” are speaking out in support of co-star Kim Richards after her arrest for public intoxication.

Four fellow housewives tweeted their support to Richards, who has been released from police custody and is currently awaiting a court appearance.

Read the tweets below:

I was sad to hear about Kim’s incident and I wish her and her family the best.

U can’t help somebody til they want to help themselves,I know for sure that the sisters will always support each other when the time comes.

Real friends are their in the good times,the bad times &especially the worst times.I am blessed with real friends & am a real friend myself — Brandi Glanville (@BrandiGlanville) April 16, 2015

I feel badly for Kim Richards and her family my thoughts and prayers are with them during this difficult time.

According to the police department, officers responded to reports of a possible fight at approximately 1:30 Thursday morning at the Beverly Hills Hotel.

Hotel security reported that an “intoxicated female” — that would be Richards — had caused a disturbance at a hotel restaurant and was asked to leave. While being escorted from the hotel, Richards asked to use the bathroom, then refused to leave, according to police.