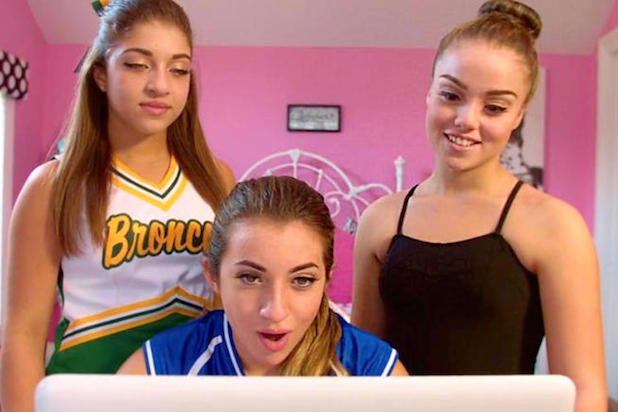 Gia Giudice, the daughter of “Real Housewives of New Jersey” stars Teresa and Joe, is currently shooting a pilot for her own reality show.

Shooting for the potential series, which documents the 13-year-old’s attempt at a singing career, has been underway for the past two months, according to E! News.

Representatives for Bravo, which airs “Real Housewives of New Jersey” but hasn’t been attached to Gia’s project in the report, and the Giudices have not yet responded to TheWrap‘s request for comment.

The news of Gia’s reality show arrives just as her mom, Teresa, is set to report to prison on Jan. 5.  In October, she was sentenced to 15 months in prison after pleading guilty to tax fraud.

The Giudice family spent Christmas together before heading to New Jersey indoor-themed park iPlay America, where they watched Gia and her singing group, 3KT, perform some of their songs.

Earlier this month, 3KT, which includes Gia’s best friends Alexa and Cristianna, released an original Christmas single called “Season of Joy.” The mid-tempo single about the holiday season ignited controversy after some fans deemed it too sexy for a teenage girl group.