In 1992, Dr. Jamie Huysman was asked by the producer of a TV talk show to intervene in a case where a man who had appeared on the program threatened to kill his daughter and himself because of what he reveled on-air about lusting for her. The experience prompted Huysman to launch his AfterTVCARE program, which trains producers how to deal with contestants who suffer trauma during or after their TV appearance. He spoke to TheWrap about the dangerous psychological effects reality-show contestants can face after appearing on television. 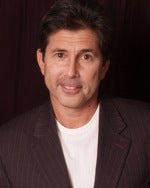 How did reality shows come to be?
The first talk shows came from soap operas and they then gave way to reality shows. Each has a duty to get big ratings at all costs so advertisers will buy time. Each show will try to outdo the other by ratcheting up the stakes; a lot of what’s called "good television" is conflict, good guy versus bad guy. The only difference between so-called reality shows and dramatic shows is that they get real people to play the roles. It’s one thing if you’re portrayed as the good guy, but what if producers decide you’re to play the villain?”

Do you think people who want to be on reality shows might already have mental issues?
I think people who want to get on reality shows are mentally challenged. At best, they don’t know how television works, how they will be manipulated to play the roles of hero and villain and how they will be edited out of context to fill the roles producers pick for them. You may think you’re the smart, sexy one, only to see yourself portrayed as a calculating bitch when the show airs. That’s why so many winners suffer a type of post-traumatic stress syndrome.

Is there any type of screening during the casting process?
The very selection process requires trauma, even if it simply means a sense of rejection because you weren’t chosen to be on TV. In the auditioning process, producers want to connect with damaged and vulnerable people because their meltdowns make good ratings.

Why do these people even want to be on on TV?
Being on TV helps give damaged people the illusion that they matter, that they’re noticed:  "Hey! I’m on TV so I must be important. People want to hear what I have to say." So people will tell the camera what they’d never tell a friend or family member or clergyman. That camera lens is seductive, people will reveal instantly what it would have taken a year of treatment to tell a therapist. Appearing on TV is a validation that you matter, that you matter, that you’re being noticed. It’s like shooting up a fix of self-esteem. Problem is, just like shooting heroin, the “fix” doesn’t fix anything. When the red light on the camera goes off, you’re left with yourself and all your problems still intact.

Do you think people realize that their true image might not be shown on-air?
No one tells them it all will be edited, not just to shorten the running time but to manipulate character development. Character defects may be exaggerated simply by editing down their good qualities. Did you ever interview anyone who thought you captured perfectly what they intended to say?

Is anyone watching out for the well-being of the contestants?
Television reality shows open wounds which no one can suture so after your appearance, you’re left to bleed to death. We live in an age of disposable people.  The producers don’t care about the players, they care about the sponsors who want eyeballs, confrontations, meltdowns. Several shows announce they have therapists waiting to help contestants who are traumatized. Obviously, with all the suicides and injured lives, it’s not nearly enough.