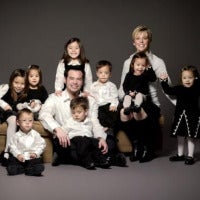 In May, Pennsylvania’s Labor Department opened an investigation into whether the controversial reality show is complying with state child labor laws.

And on the CBS "Early Show," attorney and child advocate Gloria Allred said recently she worried about the children’s lack of privacy. "Everybody — including children — should have a zone of privacy," Allred said. "We don’t know what price these little ones are gonna pay because their lives are … large on the television screen."

Kate’s brother and sister-in-law, Jodi Kreider, has also accused Kate of putting money ahead of the kids. "’Jon and Kate Plus 8’ is not reality," Kreider told RadarOnline.

For his part, though, Jon Gosselin says he doesn’t believe his kids are being exploited. "I don’t even want to use that word, because I think it’s ridiculous," he told People magazine in June. "We have healthy, happy, well-adjusted, educated kids. They’re bouncing around and having a good time."

This CBS reality show — whose premise was putting 40 kids ages 8 to 15 in a New Mexico ghost town for 40 days — instantly found itself at the center of controversy upon its debut. Critics said the children would not be able to make a society in the wilderness, and the New Mexico attorney general investigated as to whether child labor laws were violated or if inspectors were illegally kept from checking out the set. 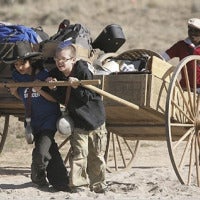 One mother apparently complained to authorities that her daughter’s face had been burned by cooking grease and that four other children accidentally drank bleach.

"’Kid Nation’ emphasizes some of the worst aspects of society, such as group inequalities and fighting for limited resources," Joseph Allen, an adolescent psychologist at the University of Virginia told USA Today at the time. "They re-create these bad things on purpose and then subject kids to them. The children are manipulated to an unconscionable degree."

But CBS head honcho Les Moonves said "the controversy was unfounded. There was more attention paid to those kids than at any summer camp in America."

Last October, United Nations advisers argued that reality shows like "Supernanny" harm children’s dignity. The ABC show, which is hosted by Jo Frost, films the all-powerful nanny visiting the homes of families and their poorly-disciplined children to give the kids an education in how to behave properly. 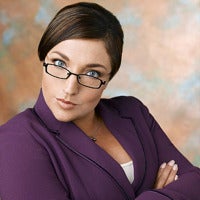 But the U.N. reps said programs like "Supernanny" invade children’s privacy while also portraying kids "in a terrible light," said Professor Lucy Smith, 73, a British-born academic at the University of Oslo, who is chairman of the Norwegian Centre for Human Rights.

Channel 4 in the U.K. — which also airs the program — defended the show, calling it "responsible."

"I Know My Kid’s a Star"
This VH-1 talent show competition competition, hosted by former child star Danny Bonaduce, featured wannabe child stars ages 8 -13 who can sing, act or dance and their stage parents eager to be the next big thing. 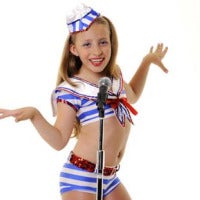 But "for a show about cute kids who can sing or dance, [it] has suprisingly little joy or fun," David Hinckley, critic at the New York Daily News, said of the show. "Mostly it’s sad, which is no the same as bad … none of the kids seems to look very happy."
If you can think of anyone who might want to think twice about hosting this show, it might be Bonaduce, "who casually remarks that over one decade he worked for exactly 11 days because he was so screwed up," Hinckley adds.

When Denise Richards began the press tour to promote her new reality show last year, she was bombarded with accusations from the media that she was exploiting her children by including them in her reality show. To make matters worse, her ex, Charlie Sheen, also objected to the kids’ appearance. 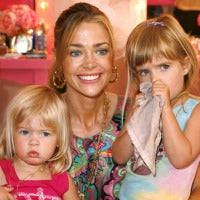 "Everyone is so judgmental when it comes to raising kids: if you breastfeed or not, feed them only organic foods … The bottom line is, I’m not exploiting my children," Richards told the website momlogic earlier this month.

"They’re on for about a minute here and there," she said of her daughters’ screen time."The show isn’t about them." If anything, she says, there’s a huge plus to being on a reality show: "I get to incorporate them into the show — which means I can take them to school as part of my job. How many single working moms can say that?"