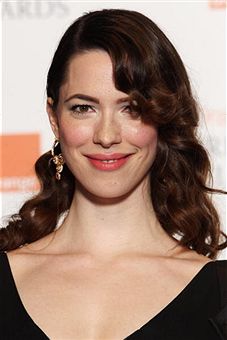 "Everything Must Go" sounds either incredibly interesting or remarkably boring, depending on my mood on any given day.

Dan Rush’s directorial debut stars Will Ferrell as a recovering alcoholic who relapses on a business trip, gets fired from his job, and is tossed out of his home by his wife, who throws all of his belongings on the lawn, where he takes up residence while he sells off his possessions.

Deadline reports that the project has picked up an intriguingly diverse supporting cast, including the lovely Rebecca Hall, Michael Pena (a personal favorite ever since "Crash") and Christopher Wallace, the son of rapper Notorious B.I.G. who shares his father’s name. Laura Dern is also in negotiations to join the cast, just in case you weren’t sure whether or not this was a low-key indie drama.

According to Variety, Hall will play a new, possibly pregnant neighbor who develops a special bond with Ferrell’s passive main character, who spends most of the running time hanging out on his lawn, watching his neighbors like Bruce Dern in "The ‘burbs."

Based on Raymond Carver’s short story "Why Don’t You Dance," Rush’s screenplay placed highly on 2007’s Black List and earned an ultra-rare "Genius" grade from the popular blog ScriptShadow, where it is still available for download.

Temple Hill’s Marty Bowen and Wyck Godfrey (the anti-indie "Twilight" series) are producing the under $10 million movie, which Godfrey has previously described as "Leaving Las Vegas" with the humor of "Bad Santa," a description that I must admit sounds pretty cool, if a bit uneven.

I only wish the best for Ferrell, and I look forward to seeing him turn down the shtick and deliver an understated comic performance. "Everything Must Go" may be the best chance he’s had to earn the dramatic cred he’s been striving for, a la fellow funnymen Jim Carrey ("The Truman Show," "Eternal Sunshine of the Spotless Mind") and Adam Sandler ("Reign Over Me," "Funny People"). Having said that, it’s no secret that Ferrell has been hit-and-miss in this quirky indie zone. I thought he was pretty good in "Winter Passing" but his performance in "Stranger Than Fiction" left me cold.

The "Saturday Night Live" veteran could really use a hit after guilty pleasure "Land of the Lost" got a bit of a bum rap and flopped. I loved "Step Brothers" but his makeshift sports trilogy ("Kicking and Screaming," "Blades of Glory" and "Semi-Pro") was nearly unwatchable, his new HBO show "Funny or Die Presents…" IS unwatchable, and his overhyped George W. Bush special left something to be desired. At least he scored as BMW dealership owner Ashley Schaeffer on HBO’s "Eastbound & Down."

Ferrell has two good-looking projects on the horizon ahead of "Everything Must Go." He’ll play one of half of "The Other Guys," a cop comedy co-starring Mark Wahlberg, and he’ll play the titular "Megamind" in the DreamWorks Animation movie that features the voices of Brad Pitt, Jonah Hill and Tina Fey.