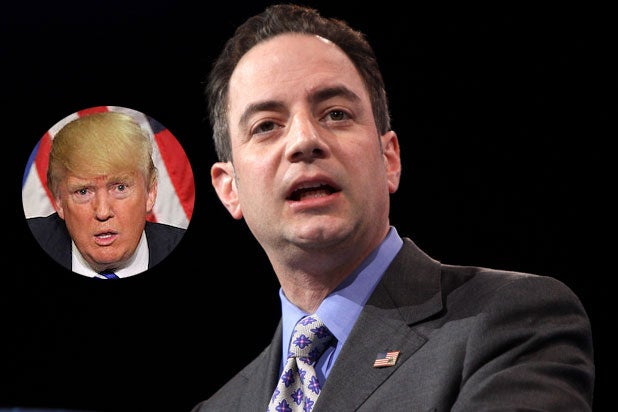 After a presidential primary season in which Republican establishment leaders did everything in their power to deny Donald Trump the party’s nomination, the chairman of the Republican National Committee conceded defeat to the “presumptive GOP Nominee” following his smashing victory in Indiana.

“.@realDonaldTrump will be presumptive @GOP nominee,” Reince Priebus tweeted on Tuesday, just minutes after Trump’s chief rival Texas Sen. Ted Cruz formally withdrew from the race. “We all need to unite and focus on defeating @HillaryClinton#NeverClinton.”

Cruz had vowed to go all the way to the Republican convention in July, and even tapped former rival and ousted Hewlett Packard CEO Carly Fiorina as his running mate last week in a last-ditch effort to revive interest in his campaign.

But a string of crushing defeats in the Northeast and his massive loss in the Hoosier State left him with no real pathway to overtaking Trump for the Republican nomination.

With his commanding win in Indiana, Trump is poised to secure the delegates he needs to prevent a brokered convention in Cleveland in July and take on likely Democratic challenger Hillary Clinton in November’s general election.

.@realDonaldTrump will be presumptive @GOP nominee, we all need to unite and focus on defeating @HillaryClinton #NeverClinton