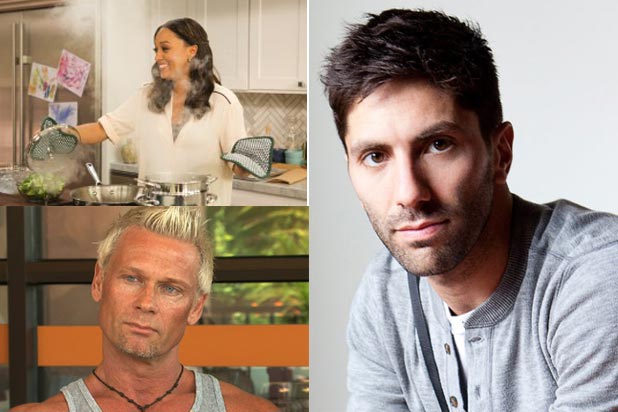 Relativity Media’s TV division has emerged as a lean asset compared to the studio’s anemic film business, bankruptcy motions revealed on Thursday, making it a prime target for sale at the upcoming auction of the company’s assets.

Relativity TV brought in a $96.6 million in revenues in 2014, and counts a nimble 24 full- and part-time employees on top of 510 temporary production staff.

Founded in 2008, the division has more than 29 series in production including MTV’s “Catfish: The Show,” Cooking Channel’s “Tia Mowry at Home” and Showtime’s “Gigolos,” with an additional 46 forthcoming projects.

Indeed, the unit’s most high-profile project is set to premiere this fall: a scripted CBS series “Limitless,” an adaptation of the 2011 Bradley Cooper sci-fi thriller from Relativity’s film division.

Tom Forman, CEO of Relativity TV, revealed in a Thursday afternoon memo to his staff that none of his team would face layoffs seen in other areas of the studio, TheWrap has learned. In preparation for the Chapter 11 filing, the company downsized 72 full-time employees and 22 part-time staffers.

“Other divisions are undergoing some reorganization and, as a result, some jobs in those divisions have been eliminated. That part is heartbreaking,” Forman wrote in the email. “For us, it’s business as usual. The mission here is to just keep doing what we’ve been doing… things in TV don’t change as a result of this process.”

Given the underwhelming performance of the film studio, whose biggest hit was the 2011 swords-and-sandals epic “The Immortals” back in 2011, the TV division is expected to attract significantly more interest from buyers.

On Thursday, Relativity announced its intention to engage in a sale-at-auction process, in which investment bankers Blackstone Group would sell off Relativity assets, including its film ant TV units, with the auction targeted to take place by early October 2015.

The bankruptcy does not affect joint ventures in which Relativity has a minority stake: the 20-agent sports management group, the for-profit Relativity Education venture at Hussian School of Art in Philadelphia and Relativity EuropaCorp Distribution, a film marketing and distribution entity. Revenues for those ventures were not disclosed in the documents.

The filing lists 50 unsecured creditors who will have to get in line at bankruptcy court to recover the money they’re owed. Those creditors include media buying company Carat USA, Technicolor, Deluxe, Cinedigm, Google, trailer house Buddha Jones, American Express and producer Andrew Panay.

CEO and Chairman  Kavanaugh had been exhaustively trying to fulfill a $320 million debt obligation to a group of lenders led by New York-based Anchorage Capital, but pressure from those lenders and increased public scrutiny forced top executives to consider Chapter 11.