With Fox’s wide release this weekend of “12 Rounds,” director Renny Harlin returns to the action genre where he made his name with box office hits “Die Hard 2” and “Cliffhanger.” Harlin’s first Hollywood success came with “Nightmare on Elm Street 4,” whose producers, he says, rejected him five times before the 1988 writers’ strike turned his luck around. Harlin talks with Eric Estrin about boyhood dreams, persistence, and Don Siegel’s cigar.

My story’s maybe a little unusual because I come from Finland, and I had this dream since I was a kid. I spent all my time watching movies and also creating my own little shows and writing my little plays and doing little amateur films and stuff like that. Then when I was 15, a veteran director, Don Siegel, was in Helsinki shooting a movie called “Telefon” with Charles Bronson. 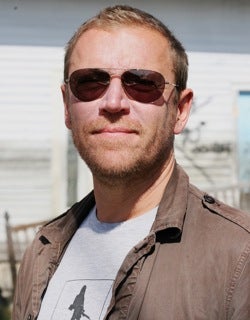 I went to see this shooting, and I still didn’t really understand at that point what a director does. But when I went to the set I saw that there were helicopters, there were cranes, big lamps, masses of people, and then there was this really cool looking guy sitting in a chair with a cigar in one hand and a megaphone in one hand and everybody was listening to him. Next day when I went to school, I told everybody I’m gonna be an American film director, and then I sort of aimed every position I had in my life toward that dream.

I went to film school in Finland, and I was able to make one movie, and then I took that with me as a kind of a calling card. I went to Hollywood without knowing one soul in the whole city and having never been to America.

The key for me getting in the door was that I was so clueless. I didn’t know that you needed agents or lawyers or managers or anything like that. I just pretty much looked in the yellow pages for all studios and producers and waltzed through the doors with a print of my film. I was completely broke and I lived in a garage.

Then I met with producer Irwin Yablans – this was about ’87 — and his claim to fame was that he had discovered director John Carpenter and had produced the original “Halloween.” When he saw my little Finnish movie, he said, “You’re gonna be the next John Carpenter,” and I said, “Okay, sounds good to me.” And so he hired me to direct this little million-dollar movie, this little horror film called “Prison.”

Very few people saw it. But that was then my first little American movie, which the producers of the “Nightmare on Elm Street” series saw, and they said, “Okay, this guy, for a million dollars he can put a lot of cool stuff on the screen. He has a cool visual style and this is kind of what we are looking for. “

Even then, it wasn’t easy. I went to meet with the producers, and when they realized that I was Finnish, they were like, "Oh, we don’t want to risk our franchise with some Finnish guy who’s 28 years old." I went five times and they rejected me, and five times I went back. I didn’t even have an agent at that point. I just went back into their offices and I was just kind of loitering there and what happened actually was sort of my lucky break.

I think it was the beginning of the year ’88 that the screenwriters’ strike started, and all of the sudden they were stuck in a situation where they didn’t really have a finished screenplay and they were in a real hurry to get into production. So I said rather than have a screenplay, I could just storyboard the whole movie, because I already had the nightmare sequences in my mind.

I said I could draw it all up for you; you don’t have to worry about the script. So it was a little unorthodox.

“Nightmare on Elm Street” came out in 1988, and it became a big, big hit — and the next day, all the people who had never returned my calls all were calling me, and I moved from a $20 a night motel to a nice house and started making bigger movies.  I tried smoking cigars like Don Siegel, but they make me feel kind of dizzy so I had to be sort of happy with the megaphone.