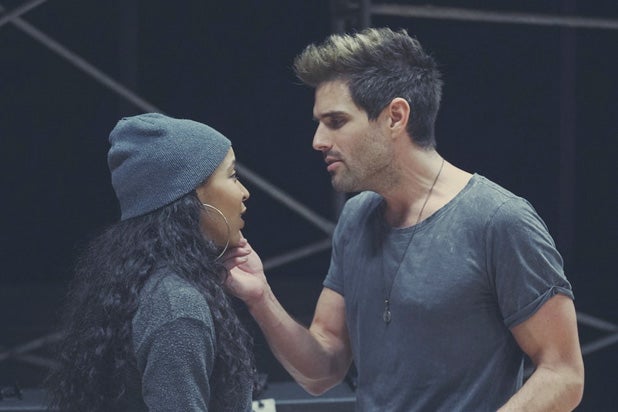 Brennin Hunt, one of the actors starring in the live broadcast of “Rent” airing tonight on Fox, suffered an injury during dress rehearsals on Saturday. Fox says the broadcast will go on, but one source says adjustments may be required.

“Last night during a live performance of FOX’s production of ‘Rent,’ one of the actors, Brennin Hunt, was injured,” read a statement from Fox. “But in the spirit of ‘Rent,’ everyone — producers and cast, original and current — is dedicated to ensuring that tonight’s broadcast must, and will, go on.”

Hunt, who suffered an ankle injury according to The Hollywood Reporter, plays Roger in the physically demanding musical, starring alongside Vanessa Hudgens, Tinashe, Kiersey Clemons and Valentina. There are no understudies for any of the actors, but there is a taped version of the show filmed during dress rehearsals. A person with knowledge of the production told TheWrap that segments of that taped version may be used during Sunday’s broadcast.

The extent of Hunt’s injury and his availability for the show are not currently known. Reps for Hunt didn’t immediately respond to TheWrap’s request for additional information.

“The experience of putting together this beautiful new production of my brother’s work, while emotional, has been truly joyous for all of us,” said Julie Larson, sister of the late composer of “Rent,” Jonathan Larson.

“This new cast has embodied the spirit of the show from day one and they embraced Brennin with positive and uplifting love in his moment of need. ‘Rent’ has always been about resilience and community. I speak from my heart when I say that we have a spectacular show for you tonight. We can’t wait for a new generation to experience Jonathan’s legacy.”

“Rent” is the third live musical broadcast by Fox, following “Grease” in 2016 and “A Christmas Story” in 2017. Marc Platt, who produced “Grease: Live” and “La La Land,” returns as producer for this show.