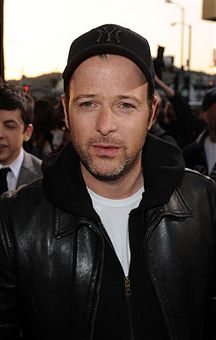 What is Matthew Vaughn thinking?

The "Kick-Ass" director’s on-again/off-again talks with 20th Century Fox to direct "X-Men: First Class" are apparently back on, with Deadline reporting that a deal is currently being negotiated.

Last week, when reports surfaced that Vaughn had been offered the project and passed, I neglected to write anything because it seemed like a no-brainer that Vaughn would turn down Fox’s offer after the studio put him through the ringer years ago with "X-Men: The Last Stand."

Vaughn was so frustrated by the inherent politics of the studio system after Fox burned him and chose to go with director Brett Ratner for "X3" that after directing "Stardust" for Paramount, he decided to make "Kick-Ass" on his own, free of studio interference.

I was supremely confident that there was no way Vaughn would return to the Fox fold to reboot its fading superhero franchise, especially after "Kick-Ass" earned rave reviews despite failing to back up that critical acclaim (Roger Ebert notwithstanding) at the box office. So frankly, I’m shocked by this latest development, and nothing shocks me anymore as far as movie news is concerned, even Magic 8-Ball movies.

Fox had put together a solid list of alternative directors for the job including Timur Bekmambetov, Louis Leterrier, David Slade, Samuel Bayer, Carl Erick Rinsch and Daniel Espinosa, but it appears they’ve finally re-set their sights on Vaughn.

I still don’t understand why Vaughn would tempt fate and work for a studio that is notorious for clashing with its tentpole filmmakers, but it’s possible that "Kick-Ass’s" disappointing performance at the box office performance played a factor in his decision. I’m also not sure what the "X-Men" franchise can offer Vaughn creatively that a sequel to "Kick-Ass" couldn’t, but maybe that’s my fanboy allegiance to "Kick-Ass" talking.

"First Class" is a franchise reboot that depicts the genesis of the Professor X-Magneto relationship and focuses on teens learning to use their mutant superpowers. I don’t really know why Fox is going the reboot route instead of just making "X-Men 4," which Halle Berry surely must be available for, but money probably has something to do with the decision, as it did with Sony’s ‘teen-centric’ "Spider-Man" reboot.

Fox plans to put the film into production by late summer or early fall.