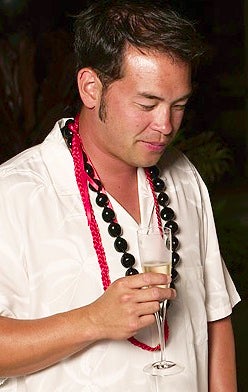 File this one under reporters inserting themselves into their stories.

Star magazine senior reporter Kate Major abruptly resigned from her post this morning, citing a “conflict of interest” in her relationship with tabloid-favorite Jon Gosselin of "Jon & Kate Plus 8" reality fame.

But she said Wednesday night that the two were romantically involved — though someone close to Gosselin told Radaronline that the reality-show star was caught off guard by the comment, and denies any romantic relationship with Major.

“We recognize that her relationship with Jon Gosselin, a figure of national interest who is on our current cover, could raise questions about the objectivity of our reporting,” a representative of the Star said in a statement.

Major did not immediately return an e-mail seeking comment.