Stephen Reverand has been named senior VP of development and production for specials and events at the Discovery Channel. 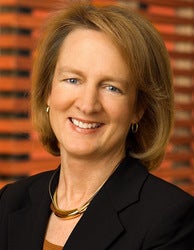 Reverand replaces interim head Christine Weber, who has joined the network team full-time as VP of development and production for specials and events.

Reverand joins Discovery Channel on March 15 from National Geographic Television, where he is senior VP of specials.

“Stephen is one of the best nonfiction production executives in the business,” Bunting said in a statement. “He intrinsically understands the Discovery brand and delivers on delicate balance of finding fascinating topics to engage our viewers while creating content in the most compelling way.”

Bunting continued, “Chris is a powerhouse and we are thrilled to have her join our team permanently. Her leadership and creativity over the last three months has been a key part of the network’s success.”