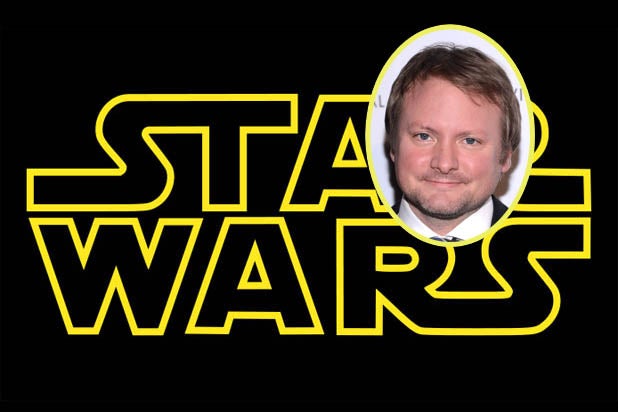 Rian Johnson will write and direct the eighth “Star Wars” movie, inheriting the franchise from J.J. Abrams, according to two individuals with knowledge of the director’s plans. Johnson will also write the treatment for the ninth movie, but he will not direct it.

Deadline Hollywood first reported that Johnson would write and direct the ninth movie, but both sources insist Johnson will only write the treatment for that installment.

Several studios covet Johnson given his facility with both story and special effects. Johnson directed a few shorts before making his directorial debut with “Brick,” a low-budget high school drama with the feel and tone of a film noir. It received sterling reviews, but was not a commercial hit.

Johnson and Gordon-Levitt reconnected seven years later with “Looper,” a hit science fiction movie that grossed $176 million at the global box office. That movie established Johnson as a director capable of handling a bigger budget, and put him on the short list at most studios in town.

He also directed three episodes of “Breaking Bad,” including Ozymandias, considered one of the series’ best.

Disney and Lucasfilm’s decision to hire Johnson to make the eighth “Star Wars” movie ensures that Abrams will direct the follow-up to “Episode VII,” which is currently shooting in London.

The companies have been aggressive in hiring talented young directors to shepherd every film in the franchise. They hired both “Godzilla” director Gareth Edwards and “Chronicle” director Josh Trank to make spin-offs from the core franchise.

Disney plans to release a new “Star Wars” movie every year starting in December of 2015. “Episode VII” will be the first movie released, and then the studio will alternate between spin-offs and new episodes of the main narrative.