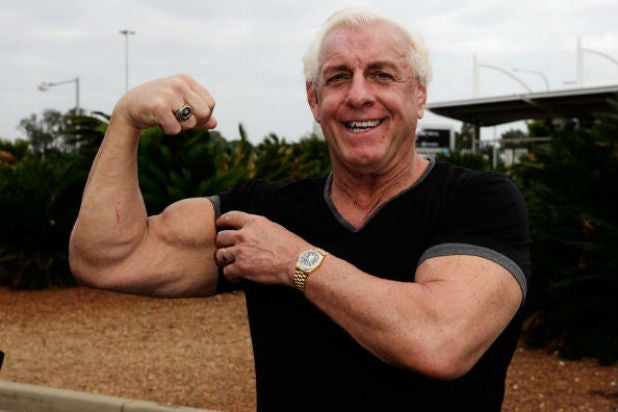 “Nature Boy” Ric Flair is recovering from his recent near-death experience, which the WWE icon admits “scared the sh– out of me” in a recent interview.

“I’m not out of the woods yet,” he told People in this week’s issue.

Last month, the 68-year-old former pro wrestler was rushed to the hospital with stomach pains. Flair soon fell into kidney failure and was on the cusp of congestive heart failure. He was given just a 20 percent chance of survival, and placed in a medically induced coma.

Doctors removed part of Flair’s bowel, and inserted a pacemaker. Flair, who is now in an Atlanta convalescent center, currently needs a nurse to help steady his shaking hands just so he can sip water from a glass.

“I didn’t think I was an alcoholic, but obviously I was,” Flair, who had a failed rehab stint four years ago, told People.

The father of WWE Superstar Charlotte Flair said he started drinking in the early 1970’s to “bond” with fellow wrestlers.

“I never drank when I was working,” Flair added. “But as soon as work was over, I went right to the mill.”

The alcohol also helped with pain, he said. While wrestling results may the predetermined, much of the pain is very real. But moderation didn’t come easy to flair.

“I’ve never taken a pain pill in my life,” Flair said. “I’d just take a shower, flip my hair back and go to the best bar in town.”

But that’s all behind the living legend and subject of an upcoming “30 for 30” documentary.