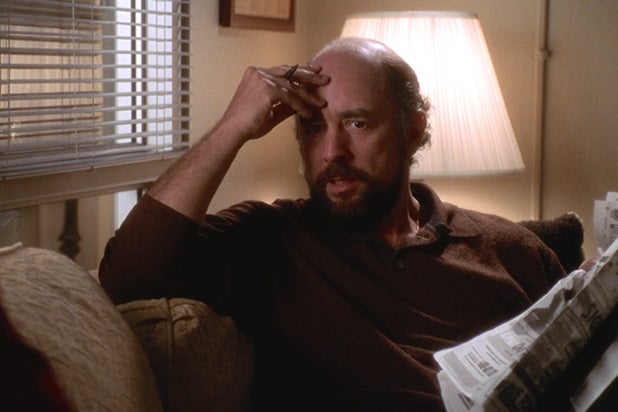 “Ballers” star Richard Schiff teased the possibility of a “West Wing” reboot for NBC on Wednesday, adding that he already ran his idea past series creator Aaron Sorkin.

NBC boss Bob Greenblatt revealed last week that “The West Wing” was among the list of shows the network was eyeing for a potential reboot following this fall’s revival of “Will & Grace.” Schiff was asked about the possibility during an interview on Larry King’s show “PoliticKing.”

“It is not necessarily coming,” he said. “And I don’t know in what form it’s coming but I did have a particular idea that I spoke with Aaron [Sorkin, creator] about, and to Tommy [Schlamme, executive producer,] about, and to [Warner Bros. Television President] Peter Roth about. And I love my idea, I don’t know if that’s going to happen.”

Schiff didn’t reveal much about his idea, simply hinting that it could change the location of the show from its titular setting. He also said Sorkin liked the idea “a lot” when he pitched it to him.

“I don’t think a ‘West Wing’ reboot in the White House makes any kind of sense right now. So I think some other form of it,” he said, adding that his only hint would be that the idea “is good.”

“The West Wing” ran for seven seasons between 1999 and 2006 on NBC, earning the network 26 Emmy nominations including four for Outstanding Drama Series. Schiff, who played Communications Director Toby Ziegler on the series, currently stars on HBO’s “Ballers” and on ABC’s upcoming medical drama “The Good Doctor.”