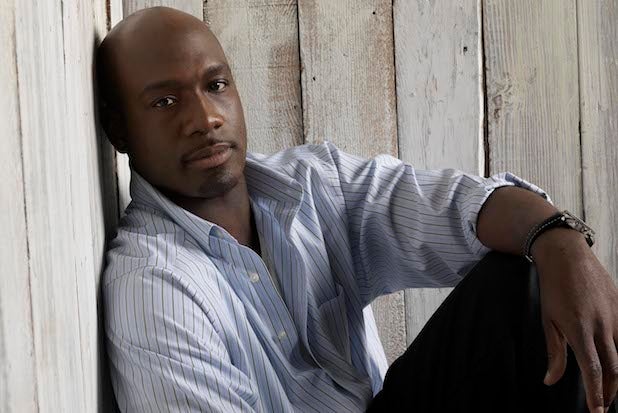 Richard T. Jones has been cast as former NFL star Andre Waters in Sony’s untitled football concussion movie, which is being produced by Ridley Scott. Additionally, Jones has booked a recurring role on Netflix’s original series “Narcos,” TheWrap has learned.

Will Smith stars as Dr. Bennet Omalu, the forensic neuropathologist who made the first discovery of chronic traumatic encephalopathy (CTE) in a professional football player and brought awareness to the public. As he blows the whistle on player injuries, Omalu’s quest humanizes the price paid by professional athletes in impact sports — and the political, cultural and corporate interests that fuel the business of pro sports.

Waters was a hard-hitting safety for the Philadelphia Eagles and Arizona Cardinals who played from 1984 to 1995 before committing suicide in November 2006.

After Waters’ death at age 44, his family gave permission for Dr. Omalu to examine his brain tissue. Omalu concluded that Waters had sustained brain damage from playing football, which led to his depression, and that due to CTE, he would’ve been fully incapacitated within 10 years.

Scott and Giannina Facio are producing with David Wolthoff, Larry Shuman and Elizabeth Cantillon, while the film’s executive producers are Michael Schaefer and David Crockett. Sony’s Hannah Minghella will oversee the project, which is based on the GQ article “Game Brain” by Jeanne Marie Laskas.

As for “Narcos,” Jones has already shot three episodes of the series and he’s slated to shoot three more this season. It’s possible if not likely that Jones will become a series regular next season, according to an individual with knowledge of the project.

Written by Chris Brancato and directed by Jose Padilha, “Narcos” follows the cocaine drug cartels around the world and the efforts of law enforcement to stop them.

Gaumont is producing “Narcos,” which is being executive produced by Padilha and Eric Newman. The series will debut next year on Netflix, which did not immediately respond to a request for comment.

Jones’ recent film credits include “Godzilla” and “Super 8” and he’ll soon be seen alongside Reese Witherspoon and Sofia Vergara in the upcoming comedy “Don’t Mess With Texas.” He’s also a familiar face on the small screen, with recurring roles on “Terminator: The Sarah Connor Chronicles,” “Revolution” and “Hawaii Five-O.”