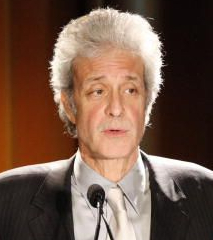 Los Angeles is shaking, but Creative Artists Agency is shaking more than most. Rick Nicita, a partner at CAA and a powerhouse agent for close to 30 years, is leaving to run a movie production company. Claudia Eller has the full story on Nicita’s decision to leave CAA to become the co-chairman and COO of Morgan Creek Productions, a leading Hollywood production company best known for its 1990s successes. Of late, the company led by James Robinson has put out a lot of duds: "Georgia Rule," which took in a staggeringly low $19 million; "The Good Shepherd" — a vanity project for Robert DeNiro — and "Man of the Year," an ill-fated Robin Williams vehicle that took in $37 million. Morgan Creek clearly needs some help; their big idea is another sequel to the Ace Ventura: "Ace Ventura, Jr," and it does not star Jim Carrey. CAA is now left with partners Richard Lovett, Bryan Lourd, Kevin Huvane, David  O’Connor, and Rob Light. Lovett and Lourd, of course, remain the dark knights of the agency.