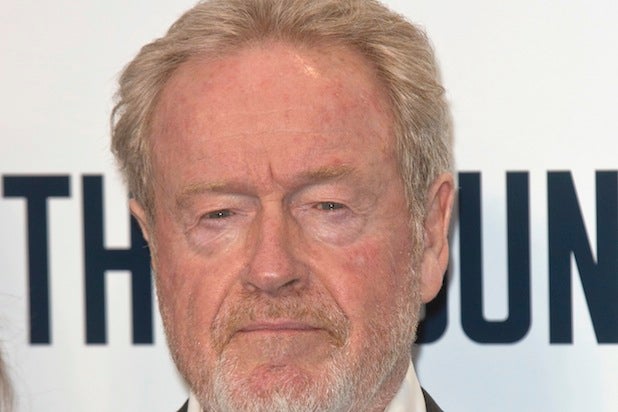 Ridley Scott is planning to direct an untitled sports drama that examines the dangerous effects of concussions in football, an individual familiar with the project has told TheWrap.

Scott and producing partner Giannina Facio have started meeting with high-end writers to “tackle” the script.

Should the project come together, it would represent a significant change of pace for Scott, who is currently in the midst of directing 20th Century Fox’s Biblical epic “Exodus,” which stars Christian Bale as Moses and Australian actor Joel Edgerton as an Egyptian pharaoh.

Concussions in football have been a hot-button topic on sports radio as well as in the mainstream media. A morality tale about the league officials and team owners who downplayed the sport’s debilitating effects and spent years looking the other way despite mounting medical evidence would require a filmmaker with a deft touch.

Scott has displayed such ability with his depiction of obsessive-compulsive disorder in the 2003 drama “Matchstick Men,” though he has shown an affinity for big-budget spectacle in recent years.

The British director is an avid sports fan who recognizes the inherent human drama of professional sports, in which well-paid athletes put their bodies on the line for the entertainment of millions.

Scott, who is coming off mixed-negative reviews for his star-studded thriller “The Counselor,” is also developing sequels to “Prometheus” and “Blade Runner.” He’s represented by WME.