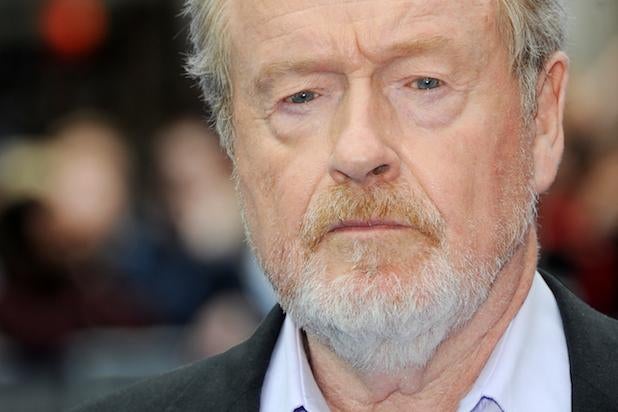 Ridley Scott is set to direct a project for Fox based on the Battle of Britain with Matthew Orton set to write the screenplay, an individual with knowledge of the project told TheWrap.

The studio bought the pitch a while back, but it’s in the early stages and therefore, there is no script as of yet. Matt Charman, who wrote “Bridge of Spies” for Steven Spielberg, will executive produce.

The Battle of Britain is the name of the air campaign waged against the United Kingdom by Nazi Germany from June, 1940 through October of the same year. Around 40,000 civilians were killed during the campaign.

Last month, it was reported Scott was gearing up for his new project, “All The Money in The World,” a true-story drama about the kidnapping of famed oil tycoon John Paul Getty’s grandson, J.P. Getty III.

Other projects on Scott’s to-do list include “Blade Runner 2049,” the Denis Villeneuve-directed sequel to Scott’s seminal sci-fi film which Scott is producing. He is also attached to direct “The Cartel,” an adaptation of Don Winslow’s novel about the Mexican drug cartel wars.