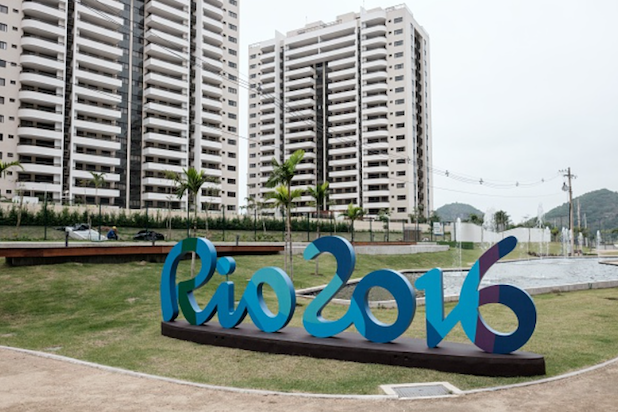 As the 2016 Summer Olympic Games in Rio come to a close and the last medals are awarded Sunday night, TheWrap takes a look at what famous fans of the Games thought of the two-week tournament — the good, the adorable, the “aww” and the “ugh.”

While hanging out with his teammates before their last event of the Rio Olympics, Phelps made a surprising announcement. “I’m not going four more years. This is it. Tonight’s the last time I’ll be suiting up and racing this level.”

Norwegian DJ, songwriter, record producer and musician Kygo happily announces his next gig.”I have been fortunate to perform a lot of incredible places, but I have to say this will be the biggest performance of my career. I’m excited to announce I will perform at #Rio2016 #ClosingCeremony on August, 21!”

No one can take the legal problems of an Olympic gold medalist and spin it into something naughty quite like the Divine Miss M. “Police say Ryan Lochte lied about being held up at gunpoint in Rio. Now I’m wondering if he stuffs his swimsuit.”

Nineteen-year-old Olympic gold medal gymnast Simone Biles was at a loss for words — almost — when the “Today” show arranged for her to meet her heartthrob, Zac Efron. “Stop! Stop! You’re lying!” she screamed as he walked in the door.

While noshing on pizza and brownies, medalist Aly Raisman said of the moment her lovestruck teammate Simone Biles met her idol, “She almost started crying … and then she got it together.”

7. Alyssa Milano shares a video of her son watching and running along with a track race

There are no age limits when it comes to Olympics fans. Alyssa Milano‘s 5-year-old son Milo hopped on Mom’s treadmill and ran right along with the athletes while watching a track race. That deserves a chocolate medal at the very least.

8. Mundo ESPN shared a Facebook 360 video of its interview with Usain Bolt

Asked if he thought he’d reached his goal of being known as a great athlete a la Mohamed Ali, the Jamaican sprinter said, “It’s always for the media to decide — and the fans. They will decide if I’m that great to be remembered as one of the best. But I’ve done all to prove that I am so.”

9. Will Claye shared the reason why he scored two prizes in one day

The triple jump silver medalist was seen on “Rio! Olympians in Cars Getting Medals” where he told fans why he had the best day of his life. “After I got my silver medal today, I proposed to my girlfriend and, thank God, she said yes.”

Kutcher shared a video from aplus.com highlighting Yuanhui’s open discussion of competing while having her period. He captioned the share, “This shouldn’t be so revolutionary.”