Oscar-winner Rita Moreno is joining the cast of “Fast X,” set to portray the grandmother to Vin Diesel’s hero Dom Toretto in the film.

Diesel announced the news on his Instagram Tuesday, showing that Moreno is on set now for the film currently in production.

“It’s been my dream forever to work with Rita Moreno, and the fact that she’s here playing my grandmother makes my soul smile,” Diesel said in the video.

“I think my old age was waiting for you to ask me, isn’t that nice, and I’m here, the answer is yes, I’ll do it, and not only I’ll do it, I am tickled,” she responded. 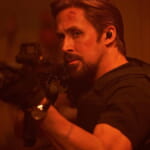 “Fast X” will open in theaters May 19, 2023. Louis Letterier is set to direct, replacing Justin Lin, who departed the project over creative differences but remains on as a producer.

One actor who won’t be in “Fast X” is Dwayne Johnson, who made his lack of presence official last summer. “I wish them well on ‘Fast 9,’” the actor said. “And I wish them the best of luck on ‘Fast 10’ and ‘Fast 11’ and the rest of the ‘Fast & Furious’ movies they do that will be without me.” Johnson further resisted a public plea by Diesel later last year for him to reprise his role as Hobbs in the planned final installments in the franchise.

Rita Moreno most recently starred in Steven Spielberg’s remake of “West Side Story,” which won an Oscar for Ariana DeBose, the actress who took over her role from the original film as Anita. She’s also meant to star in the film “Eighty for Brady” featuring NFL superstar Tom Brady. 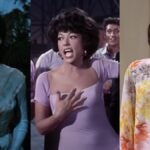