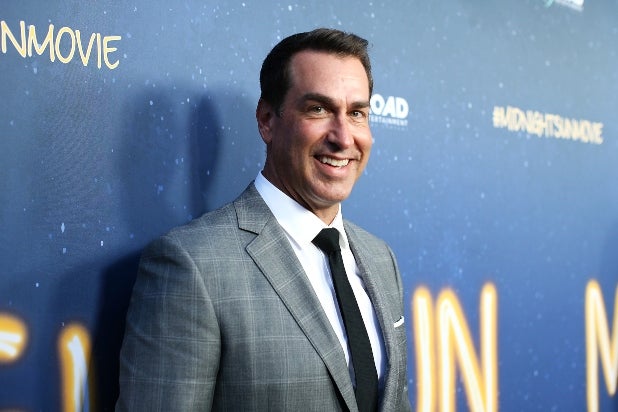 The special will air during Discovery’s yearly week of shark-infested programming, from July 28 to August 4. Will Packer will  produce the special for Discovery.

That same week, Riggle will also host Discovery’s late-night show “Shark After Dark.”  He is also set to star in his own upcoming Discovery adventure show, “Rob Riggle: Global Investigator.”

“I’m a huge ‘Shark Week’ fan and can’t wait to dive back into the water with the ocean’s most magnificent creatures. It’s going to be an epic ‘Shark Trip’ with some of my best buddies,” Riggle said.

“I brought Rob in for ‘Shark Week’ last year and I’ll be honest, I was kinda surprised he survived. So I thought, what the heck, let’s put together a ‘Guys Trip’ and see if we can trick four other dudes into coming along with him this time,” said Packer, who also executive produced last year’s show, “Shaq Does Shark Week,” in which Riggle helped Shaquille O’Neal trained to dive with sharks in the Bahamas.

The Hollywood Reporter was first to break the news.