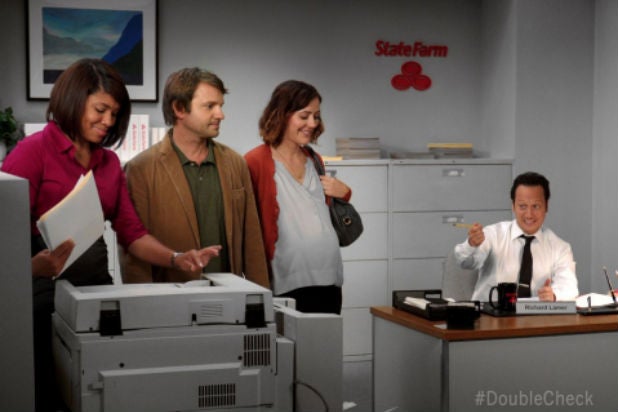 Update, Thursday 9.35 a.m. PT: Rob Schneider tweeted a thanks to his followers late Wednesday night (see the tweet below). “Thanks to all my supporters who believe as I do that parents should decide what’s in the best interests of their child, not Govt. mandates.”

State Farm Insurance will no longer run a television advertisement starring Rob Schneider because of the actor’s anti-vaccination views. The move comes after a social media campaign called for Schneider to be dropped as a spokesperson.

Phil Supple, the insurance company’s director of public affairs, told PR Week, “[Schneider’s] ad has unintentionally been used as a platform for discussion unrelated to the products and services we provide,” he said. “With that, we are working to remove the ad from our rotation at this time.”

Representatives for both Schneider and State Farm have not yet responded to TheWrap‘s request for comment.

Schneider reprised his popular “Saturday Night Live” character “the Copy Guy” for the State Farm campaign. But it didn’t go over well with some viewers, and the social media pages “Science Babe” and “Chow Babe” are being credited with starting the push for State Farm to pull the ads.

“State Farm provides health insurance, and nothing ensures public health more than getting vaccinated,” the video says. “It is time to end the anti-vaccination movement; with your help, we can elicit change.”

Schneider has long held a stance against vaccinations. In 2012, he came out against California Bill AB 2109 that requires parents to seek professional medical advice regarding the risks and rewards of vaccinating their children.

Thanks to all my supporters who believe as I do that parents should decide what’s in the best interests of their child, not Gov’t mandates.