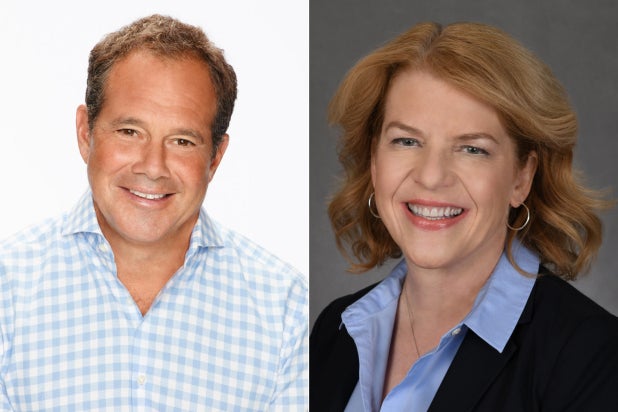 Rob Silverstein is leaving as executive producer of NBC’s “Access Hollywood” entertainment newsmagazine franchise. He will be replaced by Maureen FitzPatrick.

“Over the past several months we have been discussing the creative direction of ‘Access’ and ‘Access Live,'” Silverstein said in an internal memo. “My vision of the show moving forward differs from the management team, so we have agreed today will be my final day as EP.”

FitzPatrick has been with both shows since early 2018 as a consultant. She also developed several concepts and pilots for the syndication division and oversaw the development and pilot production of the nationally syndicated series “Judge Jerry,” which is set to debut this fall.

“Maureen is an extremely talented and creative producer with extensive experience and a proven track record in navigating many different dayparts and genres,” said Tracie Wilson, executive vice president, creative affairs, NBCUniversal Domestic TV Distribution. “We are looking forward to her creative insight and expertise as we build upon the success of these long-standing and iconic programs.”

Silverstein will continue to develop projects for NBCU under his first-look development deal.

“I’ve had a wonderful experience working with the NBCUniversal development and syndication group this past year and am honored to join the talented and hardworking ‘Access’ and ‘Access Live’ teams,” FitzPatrick said. “The ‘Access’ brand has become the gold standard and I’m excited to take its legacy to the next level with innovative new ideas that give viewers even more ways to connect with all their favorite entertainment stories.”

Over the past several months we have been discussing the creative direction of “Access” and “Access Live.” My vision of the show moving forward differs from the management team, so we have agreed today will be my final day as EP.

I leave behind a legacy of success for which I am immensely proud. As you know, I have been with “Access” for more than two decades, and together we have built a brand that is the gold-standard in entertainment storytelling.

As I move on to my next adventure, I want to thank this extraordinary team that has always been willing to go above and beyond to produce countless hours of quality programming. I wish you all great success.