The film follows Efron as an uptight young man who is forced to drive his foul-mouthed grandfather (De Niro) to a retirement community in Boca Raton, Florida. Along the way, the grandfather forces his grandson to stop off at some Spring Break party spots.

The first official picture from the film (below) shows the two actors cruising through the streets of Florida in a pink convertible with Efron at the wheel.

Take a look at the photo below. 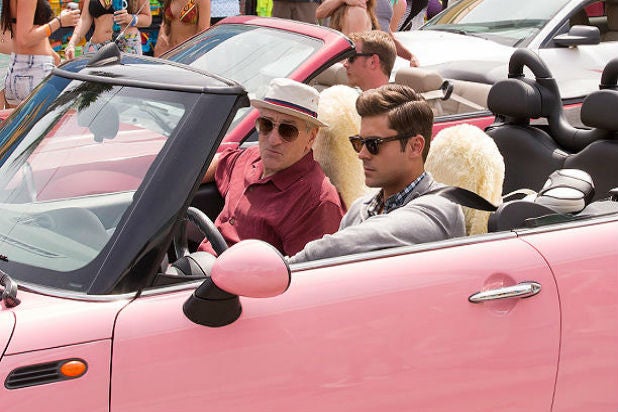