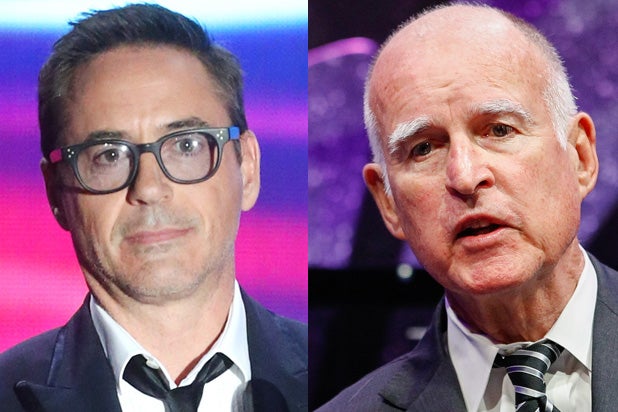 Robert Downey Jr. has been pardoned for the 1990s drug conviction that sent him to prison.

The “Iron Man” star was among 91 people who were pardoned by California Governor Jerry Brown on Thursday, Dec. 24.

A spokesperson for Downey did not immediately respond to TheWrap’s request for comment.

Downey was convicted in 1996 for felony drug possession when Los Angeles police found heroin, cocaine and a pistol in his car. He served prison time in 1999 for violating his probation, and was released in December 2002.

According to the governor’s website, individuals who have completed their sentences and have been released from custody “for more than a decade without further criminal activity may apply for a pardon,” which will be granted to those “who have demonstrated exemplary behavior and have lived productive and law-abiding lives following their conviction.”

The governor’s website goes on to explain that a pardon doesn’t erase a conviction, but it does restore voting rights.

Also Read: Robert Downey Jr. Walks Out of 'Avengers: Age of Ultron' Interview After Reporter Asks About His Past Struggles (Video) 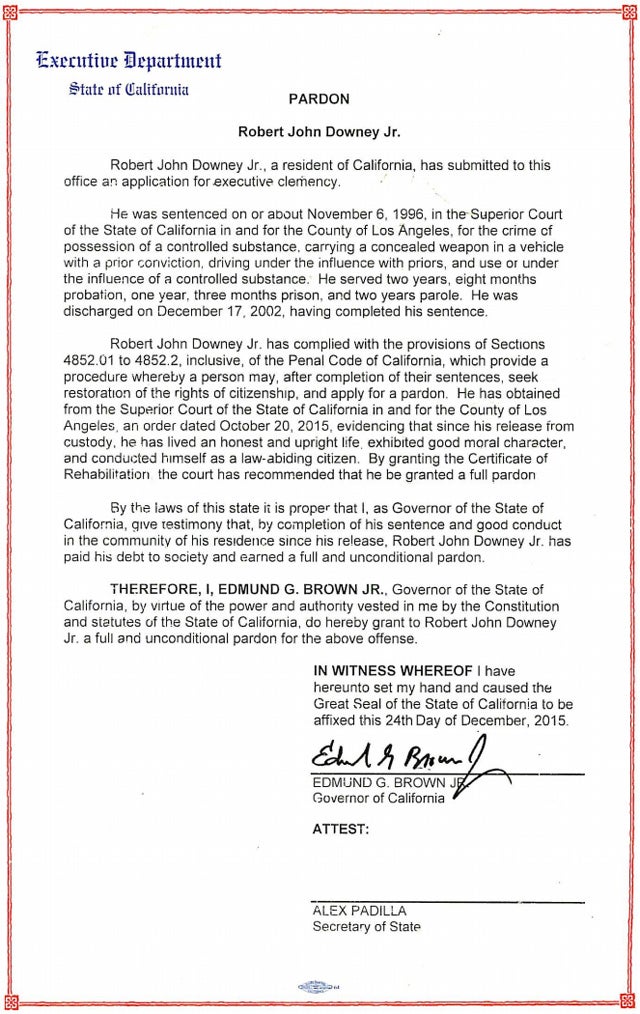