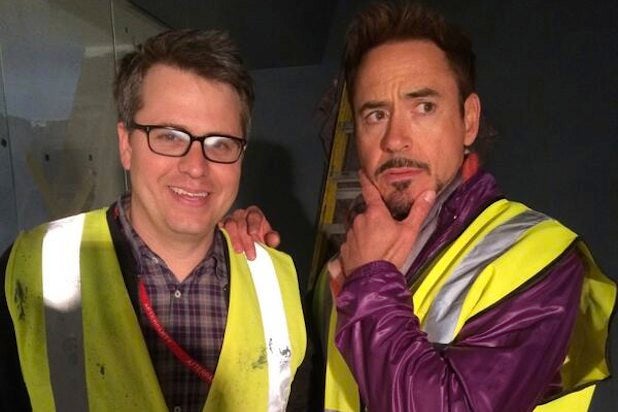 Robert Downey Jr., a.k.a. Iron Man, has tweeted the first picture of himself on the set of “The Avengers: Age of Ultron.”

Much like Disney Chairman Alan Horn‘s announcement about a “Star Wars: Episode VII” casting announcement on the horizon, it’s another small tease for a big movie that fans are eagerly awaiting.

The picture is just Downey posing next to “Age of Ultron” executive producer Jeremy Latcham, who also produced Marvel’s next expected blockbuster, “Guardians of the Galaxy.”

Unfortunately, Downey doesn’t even appear to be in costume. Unless you consider his Tony Stark goatee a costume.

You asked for it! My first tweet from the set of Avengers: Age of Ultron with exec producer @jlatcham. pic.twitter.com/ThwoLueMyT