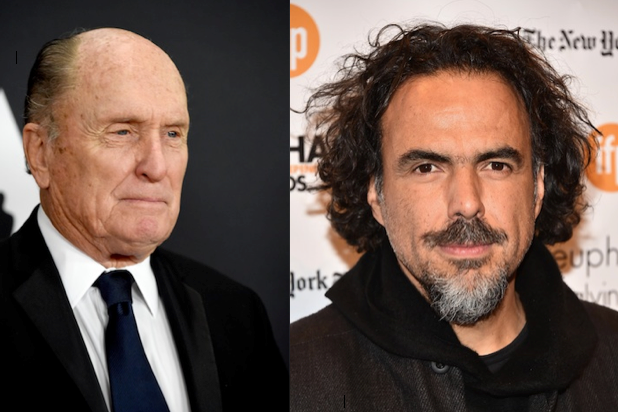 Duvall, who was recently nominated for Golden Globe, SAG and Critics’ Choice Movie Awards for his supporting performance in “The Judge,” will receive the Icon Award at the festival’s annual Awards Gala, which will be held on Saturday, Jan. 3 in the desert resort town east of Los Angeles.

Inarritu will receive the Director of the Year Award at the same event for his film “Birdman,” which led all movies in Globes and Critics’ Choice nominations.

Both men are returning honorees at the festival. Duvall received the Career Achievement Award in 2011, while Inarritu was named Director of the Year in 2007 for “Babel.”

Past recipients of the Icon Award include Meryl Streep and Michael Douglas. Other recent filmmakers to win the director’s award include David O. Russell for “The Fighter,” Jason Reitman for “Up in the Air,” Alexander Payne for “Sideways” and last year’s winner, Steve McQueen for “12 Years a Slave.”

The new announcement brings to 10 the number of honorees at this year’s Awards Gala, which raises money for the festival and provides an additional shot of visibility and publicity to Oscar contenders during the final week of voting. PSIFF has also announced awards to Eddie Redmayne, Julianne Moore, J.K. Simmons, Rosamund Pike, David Oyelowo, Richard Linklater, Reese Witherspoon and the ensemble cast of “The Imitation Game.”

The festival is expected to announce one additional honoree in the coming days.

The 26th Palm Springs International Film Festival will begin on Jan. 2 with a gala screening of “Selma,” and end on Jan. 12 after a closing-night screening of “Boychoir.”