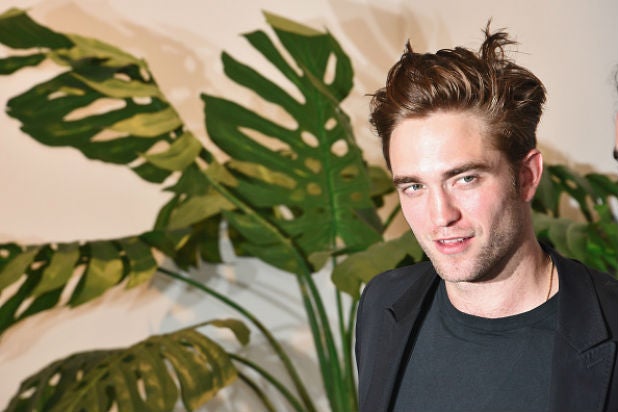 Robert Pattinson has been cast in “Good Time,” a new caper film from indie filmmakers Josh and Benny Safdie, an individual with knowledge of the casting told TheWrap Thursday.

Pattinson will play a bankrobber named Connie who is trying to evade the police as they close in on him. Sebastian Bear-McClard of Elara Pictures is producing, while Josh Safdie and Ronald Bronstein wrote the script.

Bear-McClard, Bronstein, and the Safdies previously collaborated on the film “Heaven Knows What,” a hybrid picture that blends documentary and narrative, in which Arielle Holmes, a kid the filmmaker brothers met on the subway, plays a fictionalized version of herself. The film is currently in theaters.

Since starring in the “Twilight” franchise, Pattinson has focused largely on indie roles. He starred alongside Guy Pearce in the post-apocalyptic film “The Rover” in 2014. He also appeared in David Cronenberg‘s bizarre look at the entertainment industry, “Maps to the Stars,” in February 2015.

Both Pattinson and the Safdies are represented by WME.

Kristen Stewart, Robert Pattinson, Taylor Lautner, Kellan Lutz and the cast of "Twilight Saga: Breaking Dawn — Part 2" heat up the premiere of the final movie in the "Twilight" series

Yes, "Twilight" stars and are-they-or-aren't-they-still-a-couple Kristen Stewart and Robert Pattinson appeared together on the carpet.
View In Gallery