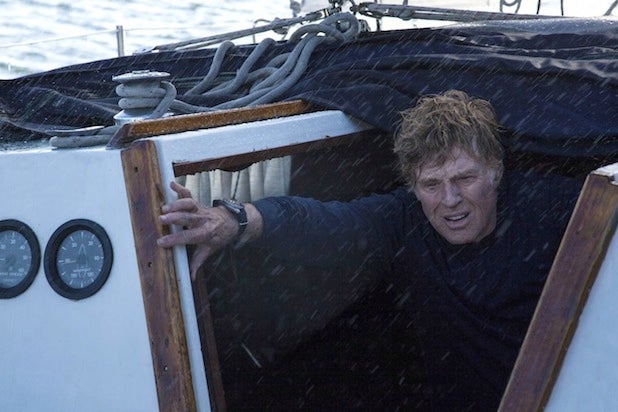 Robert Redford has been named recipient of the 2014 American Riviera Award by the Santa Barbara International Film Festival, SBIFF organizers announced on Tuesday.

The award, which will be presented on Feb. 7 at the Arlington Theatre, is a significant “get” for Santa Barbara in the competition between festivals and awards bodies to give honorary awards to  high-profile contenders likely to figure in the Oscar race.

Redford, 77, has been relatively quiet on the campaign trail this awards season, though his largely wordless performance in J.C. Chandor’s “All Is Lost” has brought him some of the most positive reviews of his five-decade acting career.

“[Redford’s] 50-year career – filled with significant achievements both on and off camera – is reason enough for celebration, but his role in ‘All Is Lost’ – one of the best performances of the year – proves that he’s an artist that continues to evolve and inspire us,” said SBIFF executive director Roger Durling in a press release announcing the award.

The festival will begin on Jan. 30 and run through Feb. 9 in the coastal town north of Los Angeles.

More information and tickets are available at the festival website.