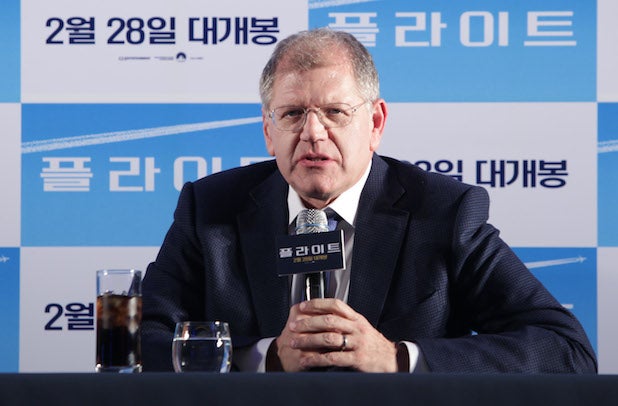 Robert Zemeckis is set to direct “To Reach the Clouds,” a feature take on famed tightrope walker Philippe Petit that the “Flight” filmmaker is courting Joseph Gordon-Levitt to star in, according to an individual familiar with the project.

Tom Rothman’s TriStar Productions is in negotiations to acquire the 3D project, which will likely serve as the revamped company’s first film. Zemeckis and his ImageMovers partners Jack Rapke and Steve Starkey would produce, while Cherylanne Martin will executive produce.

Zemeckis and Christopher Browne co-wrote the script, which is based on Petit’s memoirs. His incredible 1974 walk between the World Trade Center’s Twin Towers was made famous by James Marsh‘s 2008 documentary “Man on Wire.”

Gordon-Levitt has not yet signed on to play Petit, though sources tell TheWrap it would be a hard role for the “Don Jon” actor to turn down. His casting will likely come down to scheduling.

Rothman and Zemeckis previously worked together on “Cast Away” and “What Lies Beneath.”