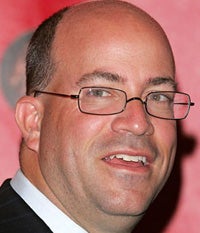 GE and NBC Universal hosted a conference call with investors this morning to discuss the game-changing sale of NBCU to Comcast. (And in what appears to be the first post-deal flub, both Comcast and GE scheduled their investor calls at the exact same time. No investors would want to listen in on both, would they? Nah.)

Those were followed by a media-specific call with executives from both companies, including Comcast chief Brian Roberts.

Roberts said Comcast is "full of ideas" about what direction it will go with NBC, but that it will have plenty of time — given the regulatory hurdles the proposed merger needs to clear before approval — to figure that out.

And by "portfolio," he was talking about "cable."

Zucker, who at this point looks like he will retain his chief executive title at NBCU after the deal closes, said more or less the same thing earlier in the day during NBC’s call with investors: There are some obvious synergies, but the companies still need to get to know each other first.

Some other notes from the NBCU investor call:

* Deal is expected to close within 9-12 months. GE is ready to work with the Department of Justice and FTC.

* Zucker on synergies: “Synergy hasn’t been a dirty word at NBC Universal.” Part of the beauty of this deal, he said, is that there are not a lot of synergies built into the deal plan: "That gives us a real upside.”

* Zucker said potential “synergies” exist among E!, Style and Bravo, as well as between NBC’s golf coverage and Versus.

* GE is downright giddy about the $8 billion in cash it’s getting in this deal. GE CEO Jeff Immelt: “We just got tremendous cash flexibility.”

And Comcast told its investors the deal makes sense even without the potential synergies.