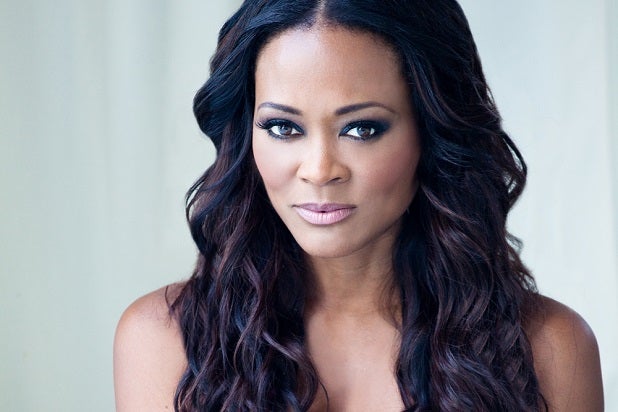 Robin Givens is hooking up with TV One for a tale of deadly romance and family intrigue.

“Head of the Class” alum Givens will star in the upcoming TV One film “Mama’s Boy,” part of the network’s anthology series “Fright Night Files.”

“Fright Night Files,” which first aired as part of TV One’s Halloween movie offering last year, returns in March with three new short films that will offer “tales of horror, betrayal and love gone wrong,” according to the network. “The films once again delve into spurned lovers and the terrifying consequences that occur when supernatural forces take over their love lives.”

Givens will star in “Mama’s Boy” as Elaine Channing, a loving mother with a terrifying secret. It seems that everyone she becomes romantically involved with is met with a tragic end. Though signs initially point to Elaine’s son, it is clear to see that not all is as it seems. Elaine’s journey begs the question, what wouldn’t a mother do for her son?

In addition to her run as Darlene Merriman on ABC’s “Head of the Class,” Givens has appeared in Tyler Perry‘s “The Family That Preys” and on the TBS series “Tyler Perry‘s House of Payne.” Givens’ career also includes roles on USA’s “Burn Notice,” NBC’s “Chuck” and The CW’s “90210,” among others. Her stage work includes a starring role as Roxie Hart in the Broadway production of Chicago.

Givens is also currently working on the follow-up to her 2007 book “Grace Will Lead Me Home.”