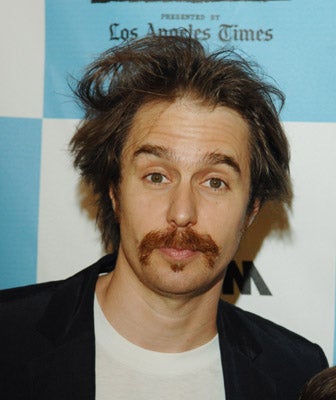 The segment is based on Duffy’s 2005 short film "Robin’s Big Date," which is available on YouTube. The story finds Robin on a date that is rudely interrupted by an obnoxious, goatee-sporting Batman, who proceeds to brag about almost sleeping with Catwoman. Duffy should consider himself lucky that DC Comics apparently has a sense of humor.

The film has also added Leslie Bibb as Wonder Woman and John Hodgeman as The Penguin, who was merely an anecdote in the 2005 short. Callie Thorne and Josh Hamilton co-starred in the original, and the latter will return to play Superman, indicating that the concept has apparently expanded.

MTV previously reported that one of the segments in the film will star Gerard Butler as a foul-mouthed leprechaun who is kidnapped by "Dukes of Hazard" co-stars Johnny Knoxville and Seann William Scott. The short will employ the technology used by "The Curious Case of Benjamin Button," with Butler’s head digitally grafted onto the body of a "little person."

Additionally, Vulture reported that "Kick-Ass" co-stars Christopher Mintz-Plasse and Chloe Moretz have reunited for an Elizabeth Banks-directed segment in which a 12 year-old girl gets her first period while hanging out with three gross guys who are too immature to know what to do. 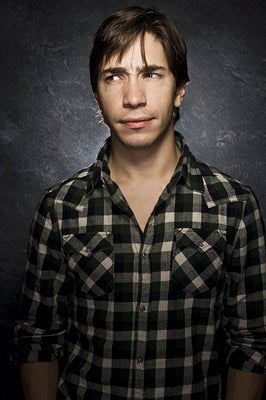 TheWrap has previously mentioned "The Catch," which stars Hugh Jackman as a bachelor (on a date with Kate Winslet) whose testicles dangle below his chin.

Elsewhere, Emma Stone and Kieran Culkin will play exes in a segment that finds Stone returning Culkin’s sex toys while he’s working the night shift at a grocery store.

Several websites are reporting that the film will be released later this year, but TheWrap was told by Relativity Media and GreeneStreet Films that there is no release date scheduled yet and that some segments are still shooting. Regardless of when "Untitled Comedy" comes out, it promises to be a hilarious raunchfest that I can’t wait to see.