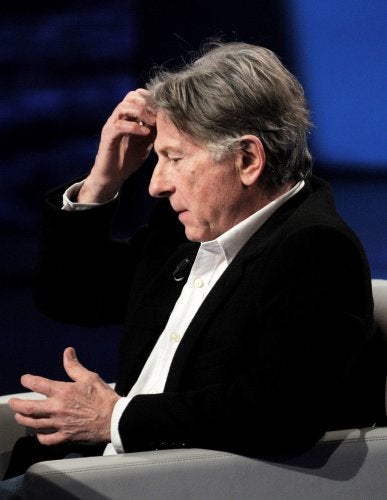 Roman Polanski is now living under house arrest, one day after he was secreted from his jail cell outside Zurich to an undisclosed location, apparently in order to prevent a messy media circus upon his transfer out of prison.

Scores of reporters, nevertheless, awaited him outside his Alpine estate at Gstaad as he was reunited with his wife and two children.

The local weather has been reported as partly sunny, with temperatures hovering above freezing.

Prior to Friday's release on a $4.5 million bond, Polanski had spent about 70 days in confinement. He's now free to move about the grounds of his home with a monitoring bracelet.

Individuals close to his case have reported him to be in ill health, but now he will be able to relax and continue to fight his extradition to Los Angeles, on a 1977 charge that he sexually assaulted a minor, from the comfort of his home, surrounded by family and friends.

There had been speculation immediately after his Sept. 26 arrest in Switzerland on a U.S. warrant that Polanski, faced with prolonged confinement in a jail cell, would agree to extradition and take his chances in Los Angeles.

Now all he must deal with is a long winter holiday, as the extradition process could conceivably drag on several more months.