I have yet to hear from my fellow female directors calling for Roman Polanski to return to the States to face sentencing for his admitted guilt of statutory rape.

I guess I mistakenly believed that as women and artists we would be genuinely appalled that a man got away with raping a 13-year-old. And now we hear he did not even pay the victim in the civil lawsuit? 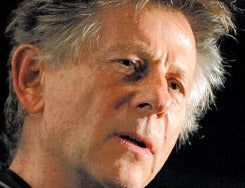 Don’t buy the argument that the passage of years since that crime was committed allows him to avoid judgment. It is just a bogus excuse for a talented director being above the law. We are still tracking down Nazi criminals and bringing them to justice.

Don’t get me wrong. I love Polanski’s filmmaking and listen to the music of "The Pianist" all the time. I think he deserved the Oscar, but that statue does not also allow him the prize of going scot-free for statutory rape. Rape is rape, Whoopi.

I am so upset that male directors are defending Polanski and no one is speaking out about the rights of young vulnerable girls. Are we going to continue this culture of the male director getting away with rape because young female wannabe wants to be in a film or participate in a photo shoot?

Where are the feminist filmmakers? So far we have only heard publicly from male directors, and yes some actresses, that Roman should be left alone. I know in the feature world we only make up a sad 5 percent of directors but the entertainment industry has to hear our opinions. Have we lost our voice or did we never have it?

Since when is it that a brilliant director is above the law? Or are we going to let Harvey Weinstein, who also encourages the rewriting of World War II history, be the sole speaker for the film industry?