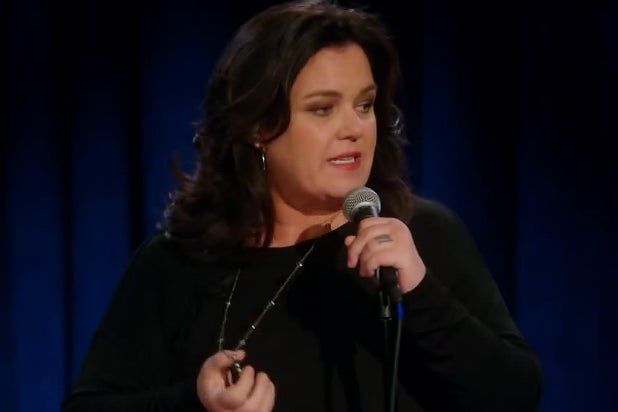 HBO documentary “Rosie O’Donnell: A Heartfelt Stand Up” will premiere at the Athena Film Festival in New York City on Feb. 7, a week before it airs on the premium cable network, it was announced Wednesday.

O’Donnell will be in attendance at the premiere and will also present the festival’s President’s Visionary Award to HBO Documentary Films President Sheila Nevins.

“This film is such an important project to me, and I’m so happy to debut it at the Athena Film Festival,” O’Donnell said in a statement. “My hope is to tell a very personal story that will help demystify symptoms of hearts attacks in women which are so different from men. I hope to share what I learned through my very personal experience. HBO has made this project possible, so to also present Sheila Nevins with The President’s Visionary Award is a true honor.”

“A Heartfelt Stand Up” features O’Donnell in a hybrid form of standup comedy, inspired by her recent near-fatal heart attack, sharing her experience with heart disease (which is the leading cause of death among American women) and exploring topics ranging from the challenges of raising five children to her obsession with Barbra Streisand.

Now in its fifth year, the Athena Film Festival — a celebration of women and leadership — is a weekend of feature films, documentaries and shorts that highlight women’s leadership in real life  and the fictional world. The four-day festival, which includes conversations with directors, producers and actors, as well as activities for filmmakers, will be held Feb. 5-8 at Barnard College at 117th & Broadway.