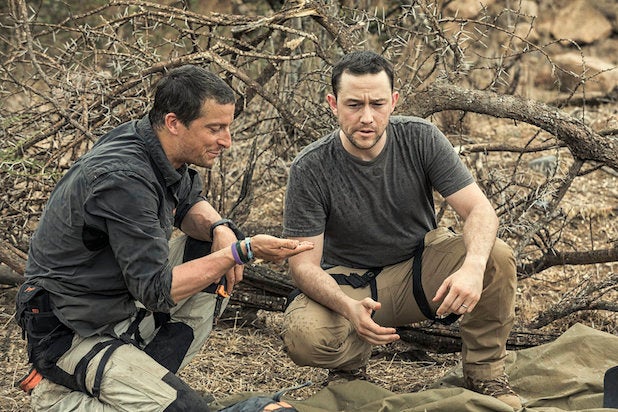 NBC finished first again on Monday, when “The Voice” tap-danced all over ABC’s “Dancing With the Stars” — particularly in primetime’s main demo. At 10 p.m., the season premiere of “Running Wild With Bear Grylls” won the key 18-49 demographic, though it finished behind CBS’ “Elementary” in terms of total viewers.

NBC was first in ratings with a 1.3 rating/5 share in the advertiser-coveted 18-49 demographic and in total viewers with an average of 6.8 million, according to preliminary numbers. “The Voice” from 8-10 posted a 1.4/6 and 8.3 million viewers. “Running Wild” followed with a 0.9/4 and 3.7 million viewers, nice and steady with last season’s start.

ABC and Fox tied for second in ratings, both with a 0.8/3. ABC was second in total viewers with 6.4 million, Fox was fourth with 3.4 million.

Univision, The CW and Telemundo all tied for fifth in ratings, each with a 0.4. The Spanish-language networks both had a 2 share, while The CW got a 1. Univision was fifth in total viewers with 1.4 million, The CW was sixth with 1.20 million, and Telemundo was seventh with 1.15 million.