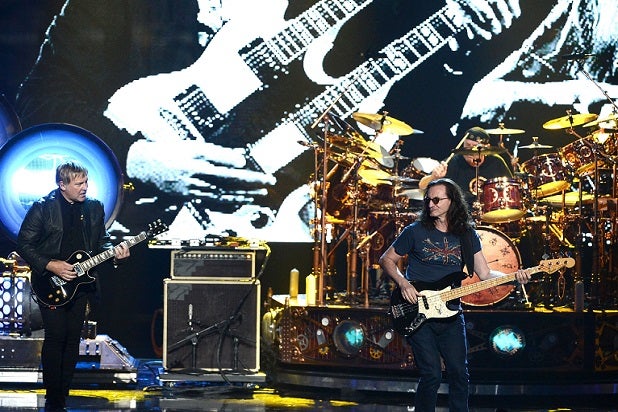 Rush won’t be living on a lighted stage anymore.

Alex Lifeson, guitarist for the Canadian power trio, confirmed to Rolling Stone that the band won’t be embarking on any big tours in the future.

The group wrapped up its most recent tour, R40, last summer.

Drummer Neil Peart had previously stated his distaste for future touring, saying in January 2015,  “Should I be excited about leaving my family? No, and no one should.”

In his interview with Rolling Stone, Lifeson said that the group “had such a great time on the tour,” but noted that Peart “didn’t even want to do the tour, to be honest with you. It’s been increasingly difficult for him, but he committed to the tour and we got through it. As far as he was concerned, that was the end of touring.”

Lifeson added that Peart had struggled with the physical rigors of touring on their most recent run.

“He was finding it increasingly difficult to hit that mark on this last tour. So, all those things combined, I get it. I’m disappointed and I think [bassist] Geddy [Lee] is very disappointed and we’d love to continue this tour a little bit longer, but we’re off now.”

Lifeson added that he has not yet discussed the possibility of future recording or shorter road jaunts with his bandmates, but said Lee is “open to sitting down and doing some writing” and added, “I know I can give Ged a push and we do love working together. We only live five minutes from each other.”