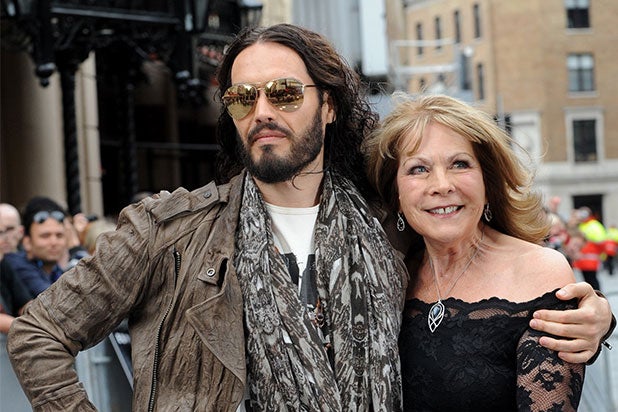 Russell Brand has canceled the rest of his comedy tour after his mom Barbara sustained “life-threatening” injuries after a car accident.

“My mum has been a serious road accident and has sustained … numerous life-threatening injuries, so I won’t be able to do the rest of my ‘Re:Birth’ tour,” Brand said in a social media video posted on Monday.

“If you have tickets they’ll be refunded or possibly rescheduled but I can’t really imagine that, I certainly can’t imagine performing at the moment because I feel too sad and connected to this,” he continued, adding, “I apologize, but obviously it’s circumstances beyond my control.”

Adding that the driver of his car, his friend, is making a good recovery, Brand said, “I’m sad for my mum because she’s vulnerable, she only finished chemotherapy a month ago and for her to be in this situation already is very difficult.”

He thanked his fans for the positive messages and asked for fans to keep his mom in their thoughts and prayers. He also said he would be absent from social media for quite some time.

Brand had at least nine more shows scheduled in cities like Manchester, Dublin and Belfast.

Thanks for your kind messages.
ReBirth delayed or cancelled due to my Mum’s accident. pic.twitter.com/iSW3RG9Esu