Nickelodeon’s “Kids’ Choice Sports 2016” is going to be bigger, better and slimier than ever — or so host and former Super Bowl champion Russell Wilson claims.

“Last year was epic, this year is going to be monumental,” the Seattle Seahawks quarterback and second-time host told TheWrap. “We have bigger challenges, we have the Splash Brothers [NBA stars Stephen Curry and Klay Thompson] shooting three-point challenges, we have Rob Gronkowski running around.”

But the moment that he is most excited about involves Los Angeles Lakers legend Kobe Bryant, who retired earlier this year after 20 years in the NBA.

“Sliming Kobe for the Legend Award is a big, big deal to me. He has been such a major factor in 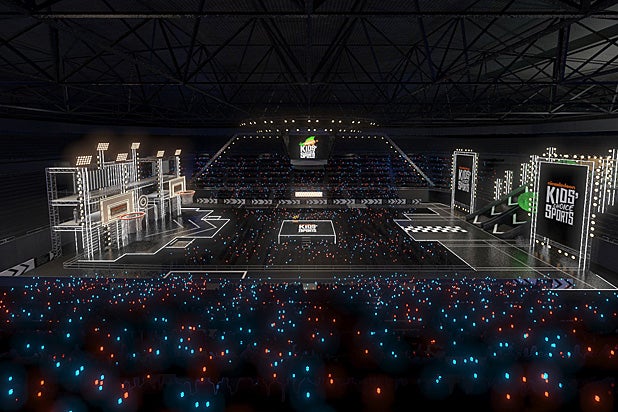 With Nickelodeon having honored David Beckham and Derek Jeter as “legends” over the past two years, “part of the ritual and the honoring is the gold slime,” producer Jay Schmalholz revealed. “Russell has a few tricks up his sleeve and Kobe is in for a real surprise,” he promised.

As for the rest of the show, which will be taped live from UCLA’s Pauley Pavilion in Los Angeles on Thursday and premieres on Nickelodeon on Sunday at 8 p.m. ET, “we have definitely taken the challenges and we’ve monster-sized them,” Schmalholz continued.

“The set design alone really talks about the massive scale. Then, of course, the athletes taking part in the challenges keep getting bigger and bigger as well. Kids love seeing them compete against one another on a new turf.

“We have something called Smash Mountain, which will be [NFL players] Rob Gronkowski and Antonio Brown going head-to-head on a 75-foot ramp as a flood of 300 balls come tumbling down. They have to find the balls with their name on them and run back up hauling a sledgehammer, then smash three items to find a code and unlock their locker and get a medal,” he explained.

“It’s full of athleticism, fun and playfulness. Gronk is a big kid and so are we, and that’s what makes this game so unique.”

As for Wilson returning for the second year just like he did in two consecutive Super Bowls, “Russell is back because Russell is awesome. He did such a good job for last year, we were like, ‘Why change it up?'” Schmalholz said.

“He is a quarterback and he knows how to run .” 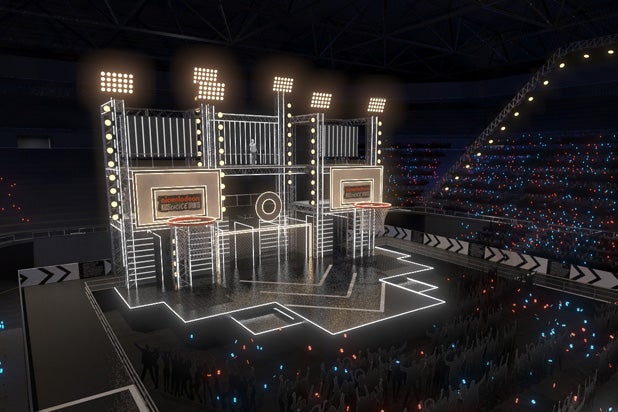 Wilson said the biggest challenge last year as host was perfecting his timing — especially when being bombarded with slime. “I got crushed — it took me a while to get that stuff off as I had to go backstage and shower. At least being married to an entertainer teaches me how to get in and out of these sessions a little quicker,” he explained.

Of course, the NFL star is referring to singer Ciara, whom he married in a romantic ceremony at England’s historic Peckforton Castle in Tarporley, Cheshire, on July 6.

“We wanted to have a special private wedding, we wanted to go away … we thought about doing it in the States but decided, ‘Let’s get married in a cool destination,'” he said about the unique location.

“It took a lot of work [to find], our wedding planner Mindy Weiss is unbelievable. The best part about the wedding was watching [Ciara] walk down the aisle. She was so stunning, it is a blessing to be with somebody who is such a special mom — she takes care of the little man [Future Zahir] all the time,” he gushed. “Then we had Earth, Wind and Fire play … they just brought down the house, they played so many great hits and kept the party going all night.

“I hadn’t been to Cheshire before — and it didn’t !” Wilson added, referring to the notoriously damp area of Northwest England. “It was really pretty there, it turned out just right for us.”