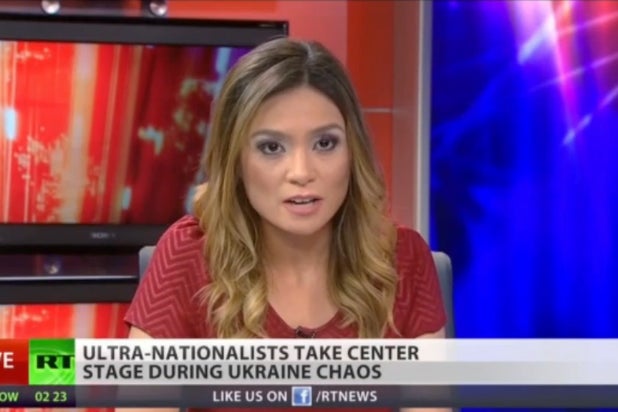 An anchor for the American branch of state-run news network Russia Today quit on air Wednesday over disagreements with how the network characterized Russian President Vladimir Putin’s actions.

“Personally I cannot be part of a network funded by the Russian government that whitewashes the actions of Putin,” anchor Liz Wahl said live from the network’s Washington, D.C. studio.

“I’m proud to be an American and believe in disseminating the truth, and that is why, after this newscast, I am resigning.”

Wahl cited her family heritage as part of the motivation for why she chose to resign. Her grandparents, Wahl said, emigrated to the United States as refugees during the Hungarian Revolution to escape Soviet forces.

Watch her resignation below: