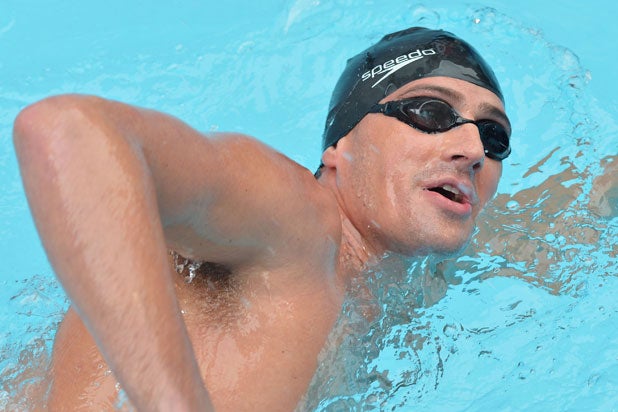 Ryan Lochte will no longer be sponsored by Speedo after fabricating a story about being robbed at gunpoint in Rio de Janeiro, the swimwear company announced Monday.

“While we have enjoyed a winning relationship with Ryan for over a decade and he has been an important member of the Speedo team, we cannot condone behavior that is counter to the values this brand has long stood for,” the company said on Twitter.

The Olympic medalist signed a 10-year deal with the swimwear company in 2006; he also has endorsement arrangements with Ralph Lauren Polo and the Japanese mattress company Airweave.

Also Read: Ryan Lochte Tells Matt Lauer It's All His Fault in Rio: 'It Was My Immature Behavior'

Lochte claimed that he and three fellow U.S. swimmers competing in the Olympics were robbed at gunpoint. But Brazilian authorities soon countered that the athletes had actually been stopped by armed security guards and accused of vandalizing a gas station restroom. Lochte, who is back in the U.S. now, has hired a crisis PR expert to try to save his reputation — and future endorsement deals.

Lochte’s swimming teammates came under scrutiny in Brazil for allegedly vandalizing the gas station and lying to police. The swimmer told NBC’s Matt Lauer on Saturday that he “over-exaggerated” his story.

“That’s why I’m taking full responsibility for it. I over-exaggerated this story, and if I hadn’t done that we wouldn’t be in this mess. It was my immature behavior,” Lochte said.

Fellow swimmers Jack Conger and Gunnar Bentz were removed from a plane from Brazil to the U.S. on Wednesday night for questioning about the incident, while Lochte had returned to America two days earlier. Bentz and Conger later were allowed to leave.

Also Read: Ryan Lochte 'Robbery' Timeline: Here's What Really Happened in Rio That Night -- And After

Lochte apologized in a Facebook post Friday, writing, “I want to apologize for my behavior last weekend — for not being more careful and candid in how I described the events of that early morning and for my role in taking the focus away from the many athletes fulfilling their dreams of participating in the Olympics.”

According to the statement below, Speedo USA will “donate a $50,000 portion of Lochte’s fee to Save the Children, a global charity partner of Speedo USA’s parent company, for children in Brazil.”

In addition to Lochte, Speedo has sponsored swimmers including James Guy, Natalie Coughlin and Missy Franklin.

The official response regarding our sponsorship of Ryan Lochte. pic.twitter.com/0DdP2RyceD