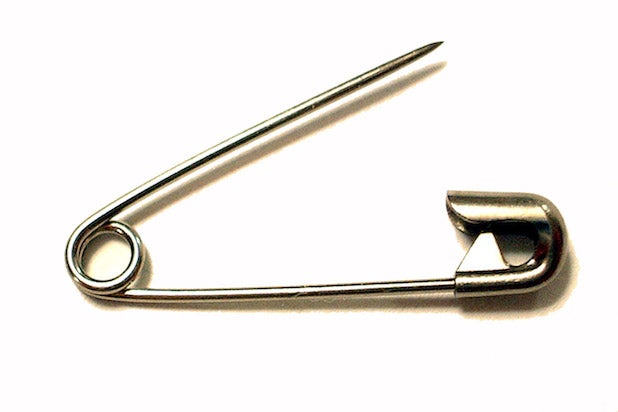 For those who thought wearing a safety pin to show solidarity was an act of good faith, you may be in for a treat — the safety pin campaign is receiving criticism for being a passive act.

People have taken to social media to express that simply wearing a safety pin is not enough to show solidarity and that those who want to stand against bigotry need to do actual physical work to show their ally-ship.

Some people have recently started donning a safety pin to represent solidarity with people who say they have suffered from racism, sexism, xenophobia, Islamophobia and homophobia, amongst other manifestations of bigotry in the wake of Donald Trump’s presidential victory. The idea for wearing a safety pin originated across the pond following Brexit.

April Reign, the creator of the #OscarsSoWhite hashtag, says that while she appreciates supporters who are not of color attempting to show their solidarity, she believes there are better ways to go about it. She believes that wearing a piece of metal on your clothes “seems lazy at times” because it shallowly shows that you “get it” and ultimately helps you avoid having actual discussions about difficult issues.

“It really is not so much about helping marginalized communities and those who may be in distress, but instead for white people, often to identify themselves to other white people as better than those who voted for Trump,” Reign tells TheWrap.

“We don’t need you to wear a safety pin,” wrote one Twitter user. “We need you to do the work and educate yourself and your loved ones on white supremacy.”

While wearing a safety pin and doing physical work to help marginalized communities aren’t mutually exclusive, the issue seems to be with those who only do the former.

“You could quietly voice your support of POC, Muslims & LGBTQ folk with a safety pin, OR YOU COULD YELL IT AT THE TOP OF YOUR LUNGS,” voiced Ijeoma Oluo, the editor at large for The Establishment.

Another criticism of the safety pin movement is that it makes those affected by Trump’s supporters actively search for people wearing a safety pin rather than just making themselves known.

“People don’t have to search for my blackness in order to target me. Don’t make me search for your safety pin in order to get help. Be known,” added Oluo.

If you want to wear a safety pin that's okay. I just ask that your solidarity extends beyond a physical symbol. That's what actually counts.

If you're eager to wear a Safety Pin but reluctant to wear a #BlackLivesMatter pin, that tells me all I need to know about your allyship.

Tonight a safety pin wearer failed to protect me. They silently watched.

If you won't speak up, I will not call you an ally. The end.

Fuck a safety pin. Open ya mouth. Throw hands. Solidarity is grounded in practice. Defend marginalized people as we fight for our lives.

marginalized people: we are literally being treated like scum can you help us

very supportive person: Lmao wyd? I got a safety pin on it ????

Maybe this #safetypin is an easy gesture. That doesn't make it meaningless. We need easy ways to communicate support for each other.

I'm trying to be gracious in victory,but after being attacked & losing friends for supporting Trump…

"It's not your fault Trump was elected. It was the OTHER whites. The bad ones. The safety pin proves it" pic.twitter.com/M4nE9z7XoH

You could quietly voice your support of POC, Muslims & LGBTQ folk with a safety pin, OR YOU COULD YELL IT AT THE TOP OF YOUR LUNGS

I'll protect you
Me: No thanks I carry.

I will speak for you
Me: no thanks I have a voice.

I will represent you
Me: Fuck off#safetypin

We don't need you to wear a #safetypin. We need you to do the work and educate yourself and your loved ones on white supremacy.