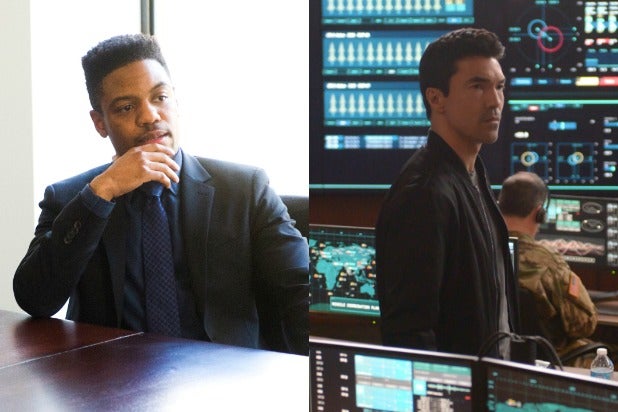 Monday night belonged to NBC and the Primetime Emmys, but there were other shows on broadcast TV too. Of note, CBS snuck in finales for “Salvation” and “Elementary” against the stiff competition. They didn’t do well.

Read more about the Emmy Awards’ early ratings here. That data is actually more reliable than the fast national Nielsen numbers we’re going to post below. Final, time zone-adjusted data for NBC should be in soon.

CBS, ABC, Fox and Telemundo all tied for second in key demo behind NBC.

NBC was first in ratings with a (temporary) 2.1 rating/9 share in the advertiser-coveted 18-49 demographic and in total viewers with an average of 9.1 million, according to preliminary numbers. The Emmys was the only show on NBC’s primetime schedule.

CBS, ABC, Fox and Telemundo all had a 0.6. ABC and Fox had 3 shares, CBS and Telemundo each had a 2. CBS was second in total viewers with 3.5 million; ABC was third with 3.2 million; Fox was fourth with 2.5 million; Telemundo was fifth with 1.5 million.

For ABC, two hours of “Castaways” averaged a 0.6/3 and 3.2 million viewers. A repeat followed.

For Fox, “Inside the Manson Cult: The Lost Tapes” was the only telecast on its schedule, averaging the above numbers.

Univision was sixth in ratings with a 0.4/2 and in viewers with 1.4 million.

The Best and Worst Moments of the 70th Emmy Awards (Photos)

From the opening number to acceptance speeches — and a proposal!

With the 2018 Emmy Awards well under way, here are some of the highs and lows of this year's awards show.