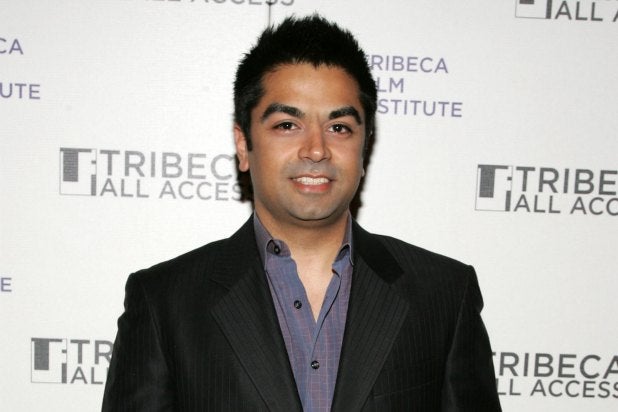 After screwing up its own numbers up earlier this month, Nielsen may now face a potential challenger in the television ratings arena. Samba TV announced on Wednesday a product which promises to reveal what the world is watching on television in real-time, something that’s never been done before.

The company, founded by former BitTorrent president Ashwin Navin, monitors every channel on television, looking for trends in viewership. At any given moment, Samba can tell you what’s the most popular thing on TV. The programs are then ranked – shows with the most eyeballs go to the top of the list, which allows advertisers to see if they’re getting a good ROI on their spots, puts data upfront for broadcasters to know which series are succeeding, and gives consumers the best way to never miss a major moment on TV.

Also read: Rentrak CEO on Main Competition Nielsen’s Blunder: ‘Nobody Sets Out to Make a Mistake’

“For the consumer, this is basically a way to see what’s trending,” Navin said in an interview with TheWrap. “The channel guide we’ve all grown accustomed to over the years is ranked very arbitrarily. We’ve reordered the channel guide based on popularity.”

“We strive to be more connected and responsive to our audience,” Suratt said. “With live viewership insights from Samba we can actually inform our producers and sponsors how best to leverage the linear broadcast platform through real-time viewing feedback. Moreover, Samba offers a level of accuracy when dealing with smaller audience bases not achievable with other measurement alternatives.”

Samba TV also has the potential to change how advertisers buy time on TV, says Navin.

“I think we all know there’s something very effective about TV advertising,” Navin explained, “that’s why it continues to be as big a business as it is. We’ve just been lacking the evidence for the metrics to prove what the best strategies are. And now we have them.”

But when asked if the launch of his product means the end to Nielsen ratings as we know it, Navin says for now, the two companies will co-exist.

“Who knows what the future holds but I think in the short term, people will consume both.”

The idea for Samba is one that even Navin is surprised that nobody before him thought of. He points to the $75 billion in revenue TV advertising generated in 2013, all of which was sold at prices calculated based on Nielsen’s numbers from meters in only a handful of households and paper diaries recorded during sweeps.

“I was just startled,” Navin said about learning how the process works. “This is just incredibly arcane.”

Navin’s invention will take television metrics into the 21st century, joining the analysis that the digital world has seen for several years.

“It puts real metrics on the viewership that the digital folks have been able to do for the last decade but the TV guys have basically been unable to,” Navin said.

Samba has raised $8.5 million in Series A funding since January 2012 from August Capital, Mark Cuban, Gary Lauder, Richard Yoo, James Hong, Thomas McInerney and others. The company expects to announce its next round of funding in the next six months.