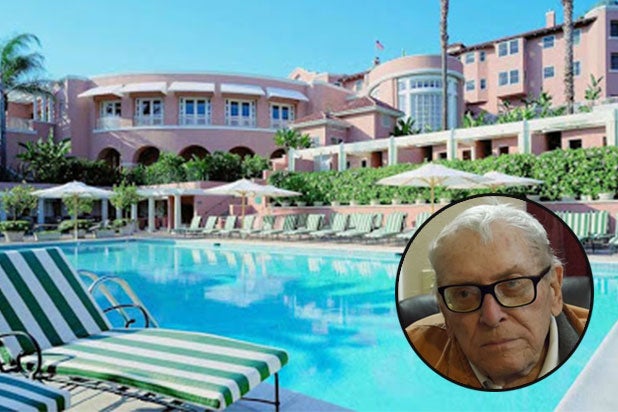 They called him the “poolside prince”: Svend Petersen spent more than 40 years running the iconic poolside area for the Beverly Hills Hotel, hosting stars including Marilyn Monroe and Cary Grant.

When he fell on hard times — such hard times that in recent months he has sometimes survived on only two bananas a day — his friends helped him film an appeal to the hotel’s well-heeled clientele. And they responded.

Also Read: Homeless in Brentwood as Obamacare Wins - But Where Are Social Services Organizations? (Updated)

“Everything is going to be ok!” Bullock wrote in the comments section beneath her donation — a quote she attributed to her seven-year-old son, Louis.

“I’ve been homeless for 5 months and I’m calling on you because indeed help, real bad,” Peterson said in his video message. Organizers also created a Twitter account to showcase some of Petersen’s fans, like Faye Dunaway, who posed for a famous photo beside the Beverly Hills Hotel pool the morning after she won the Best Actress Oscar for 1977’s “Network.”

Petersen says his problems began with a slew of misfortunes that have left him sleeping in his car beneath freeway overpasses when he cannot afford a motel for the evening.

“The realtors that swindled him into selling his house quickly also caused the IRS to come after him. The IRS substracts money from his Social Security every month. He owes $71,000 in taxes just from the selling of his house,” a former tenant of Petersen’s said on his GoFundMe account. He said his credit cards have been canceled and he has a negative balance in checking. Petersen was also recently hospitalized with an infection.

But for now, at least, he has stars catering to his needs.