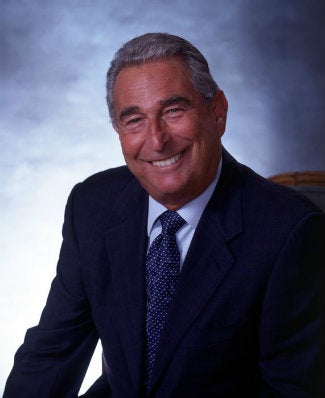 Former Warner Bros. executive Sandy Reisenbach has died after battling a “lengthy illness,” the studio confirmed on Wednesday. He was 82.

“Sandy was a good friend and helped me immensely when I joined the company in 1994,” Kevin Tsujihara, studo Chairman and CEO, said in a statement.

“He was always incredibly generous with his time and expertise — not just with me, but with everyone. Sandy’s legacy lives on today at Warner Bros. and across the industry through the countless executives he helped mentor and the many careers he helped shape over the years. Our thoughts and prayers go out to his family at this very difficult time,” Tsujihara continued.

Former Warner Bros. CEO Barry Meyer added that Reisenbach’s “professional accomplishments, while truly impressive, pale in comparison to his humanitarian activities. He cared about making the world a better place and was doing something about it.”

Sanford (“Sandy”) Reisenbach, former Executive Vice President, Marketing and Planning at Warner Bros., died at his home in Beverly Hills on January 6 following a lengthy illness. He was 82.

Reisenbach’s career literally began in the mailroom of the Dancer Fitzgerald Sample advertising agency in the early 1950s, and came with the stipulation that he finish his college degree, which he did over the next five years, attending night school at New York University’s School of Commerce. Armed with a degree in marketing, he left Dancer Fitzgerald to join Grey Advertising. At Grey, he worked his way up to become Media Director and also created an entertainment division that planned and bought media specifically for films and television movies. He eventually served as president of Grey’s Leisure Entertainment Division, with Warner Bros. Pictures as one of his biggest clients.

Warner Bros.’ senior executives at the time, Steve Ross, Ted Ashley and Frank Wells, were impressed with Reisenbach’s work and asked him to leave Grey after 20 years and join Warner Bros., where he spent the rest of his career.

Reisenbach joined Warner Bros. Pictures in 1979 as Executive Vice President, Advertising and Publicity, where he guided over 250 marketing campaigns, including the Academy Award-winning “Chariots of Fire,” the “Batman” and “Lethal Weapon” film franchises and the comedy hits “Private Benjamin” and “Police Academy.”

After a decade in the film division, Reisenbach was promoted to Executive Vice President, Marketing and Planning for Warner Bros.—a role created to best take advantage of his marketing skills and industry expertise. For the next 12 years, he oversaw and advised the Studio on worldwide marketing, and was further charged with oversight of Warner Bros. Family Entertainment, Warner Bros. Animation, the company’s kids’ programming and marketing initiative, and theme park interests.

In 2001, Reisenbach stepped away from his day-to-day responsibilities at Warner Bros. and became a consultant to Barry Meyer and Alan Horn, who were running the Studio at that point.

In 2002, he was honored for his groundbreaking contributions to the art and business of movie marketing and advertising at the Hollywood Reporter’s 31st Annual Key Art Awards. When accepting this tribute, he said, “I’ve been fortunate throughout my career to have worked with some of the world’s most talented and creative filmmakers, and to have been a part of the marketing team for some of the most popular and successful films of all time.”

Passionate about teaching and mentorship, Reisenbach worked as an adjunct professor at USC’s prestigious Marshall School of Business. He took enormous pride in mentoring young people in both his Madison Avenue days and throughout his Hollywood career.

In 1990, Reisenbach endured the unthinkable tragedy of losing his son to random gun violence in New York City. Afterwards, the New York media community established the John A. Reisenbach Foundation, an organization dedicated to creating a better and safer New York, on whose advisory board Reisenbach served from inception.

Community and nonprofit organizations were also an important part of Reisenbach’s life. He served on the Board of Directors for ICAN Association, a charity to help prevent child abuse and neglect. He was also on the board of It’s Time for Kids, providing special events for underserved foster youth throughout Los Angeles. He was honored in 2002 for his contributions and service on the Advisory Board of the Brady Campaign to Prevent Handgun Violence.

Reisenbach is survived by his wife Gayle, their daughter Amy, daughter Liza (Michael) Price, a granddaughter and his beloved pets.

In lieu of flowers, donations can be made to The Heart Institute at Cedars Sinai Medical Center or the charity of one’s choice.